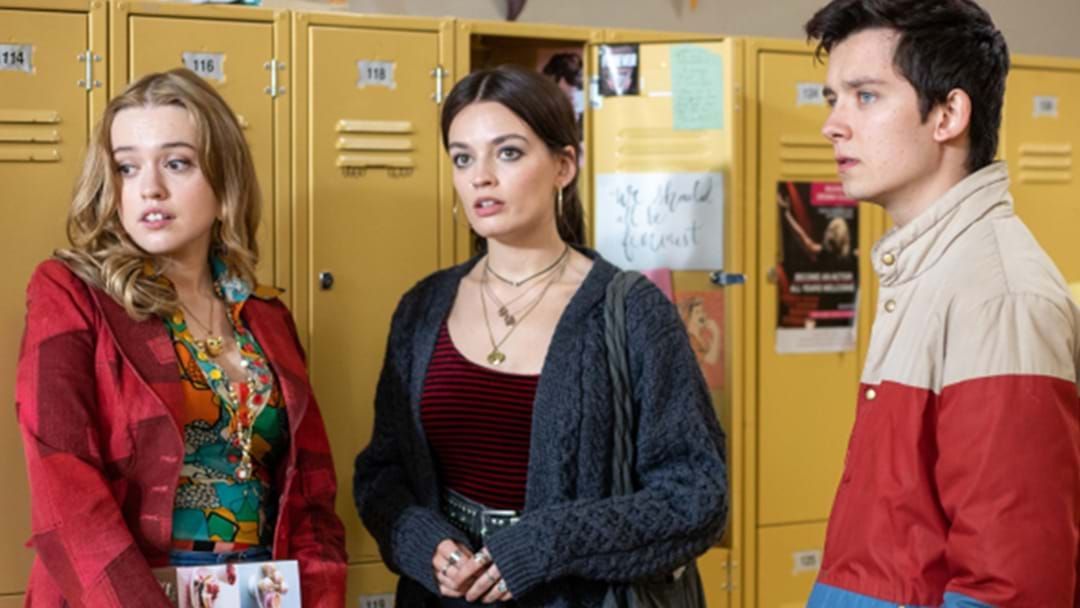 Just when you thought we'd never get another taste of this utterly tragic, yet highly addictive TV series, our prayers have FINALLY been answered!

Netflix has officially released a season 3 teaser of the hit series Sex Education and you bet it includes a date!

But, if you're someone who struggles with awkward silences and Harry Potter's Dolores Umbridge, well prepare yourselves for the most uncomfortable encounter because this trailer is completely cringe worthy and reminds us of something from our high school nightmares.

And if there's one thing we can take away from the teaser is that you can expect more adolescent shenanigans with a twist, as Mr Groff has been dethroned as Mordale's Principle and replaced with someone who seems like a very capable, yet terrifying dictator named Hope Hadden (Aka Jemima Kirke) who will attempt to set the school straight with a new uniform and a new attitude following last year's terribly entertaining chlamydia outbreak.

If you can't quite remember where we left off, this new adventure is slated to follow Otis's (Asa Butterfield) experience with casual sex, Eric (Ncuti Gatwa) and Adam's (Connor Swindells) official relationship, Jean's (Gillian Anderson) pregnancy, Aimee's (Aimee Lou Wood) discovery of feminism, Jackson's (Kedar Williams-Stirling) crush and all the drama to follow about that lost voicemail!

And just incase you didn't know, you can also expect to see some new faces including Dua Saleh as Cal, a new non-binary student who has a run in with Principle Hope, and Jason Isaacs (AKA Malfoy) as Peter Groff (Adam's older brother).

Side note: we also have some serious questions around why Eric did not appear in this creepy advertisement for the school.

Phwoa, we can't wait to find out more and follow the gang's new adventure! The school is set to be reopening their doors (aka streaming on Netflix) on September 17, 2021.

Until then, you can check out the horrific teaser below: