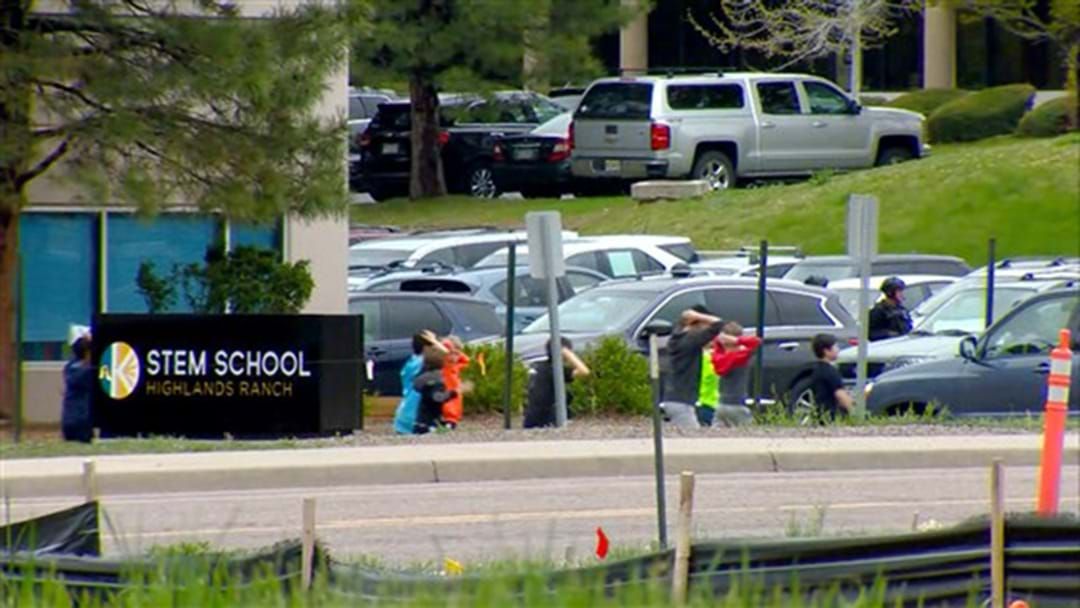 At least seven students have been hurt in a school shooting near in the US state of Colorado, with two suspects taken into custody.

Emergency services responded to reports of gunfire at a science and technology school in the community of Highlands Ranch, 40km south of Denver, on Tuesday afternoon.

Seven students, and possibly an eighth, were taken to a hospital with injuries, local police said.

It was unclear whether there were any fatalities.

Two suspects have been arrested, and law enforcement officers were searching for a possible third suspect.

A man who called into local KOA radio told the station that two people burst into his son's classroom and opened fire, wounding two students.

The father said the victims were alive and that students were able to disarm the shooters.

A student who was not identified told Denver station KUSA-TV outside the school that the violence had left him "a bit shaky" and "scared", but "glad that I didn't get hurt".

The gun violence in Colorado came one week to the day after a 22-year-old gunman opened fire on the Charlotte campus of the University of North Carolina, killing two people and wounding four others before the gunman was disarmed and arrested.

Some of the worst mass shootings in the United States have occurred in Colorado.

In 1999, two students killed 13 people at Columbine High School before committing suicide in what remains one of the deadliest school shootings in US history.