See The Moment Eddie From Stranger Things Performed With Metallica 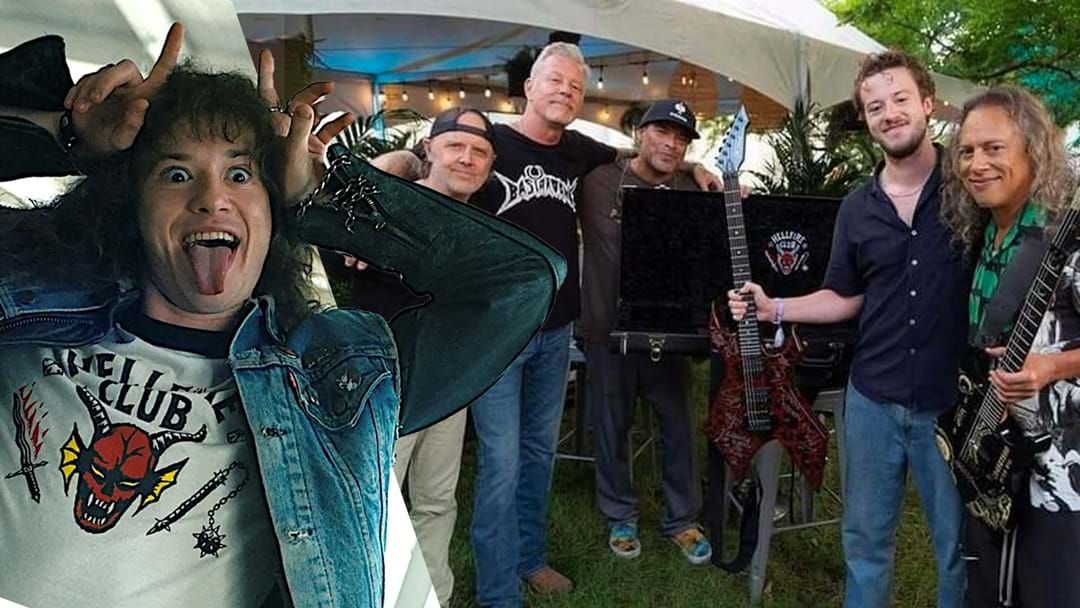 Eddie Munson, the character played by Joseph Quinn was an absolute stand-out of the latest season of Stranger Things and mostly due to the way he SHREDDED his guitar solo.

You may remember the scene in the show where Eddie fends off some winged beasts by smashing out the Metallica hit 'Master Of Puppets'.

Well, all of Joseph's dreams came true recently when he met the band and they gifted him with a replica of the guitar he had on the show AND jammed out with him!

The guys thanked Quinn — who spent months learning how to actually play the 1986 song on guitar. “It’s all I was listening to for two years,” he told the band. “I feel very connected to you guys.”

We are SO jealous. We'd love to meet Joseph... oh and Metallica!