PM was not involved 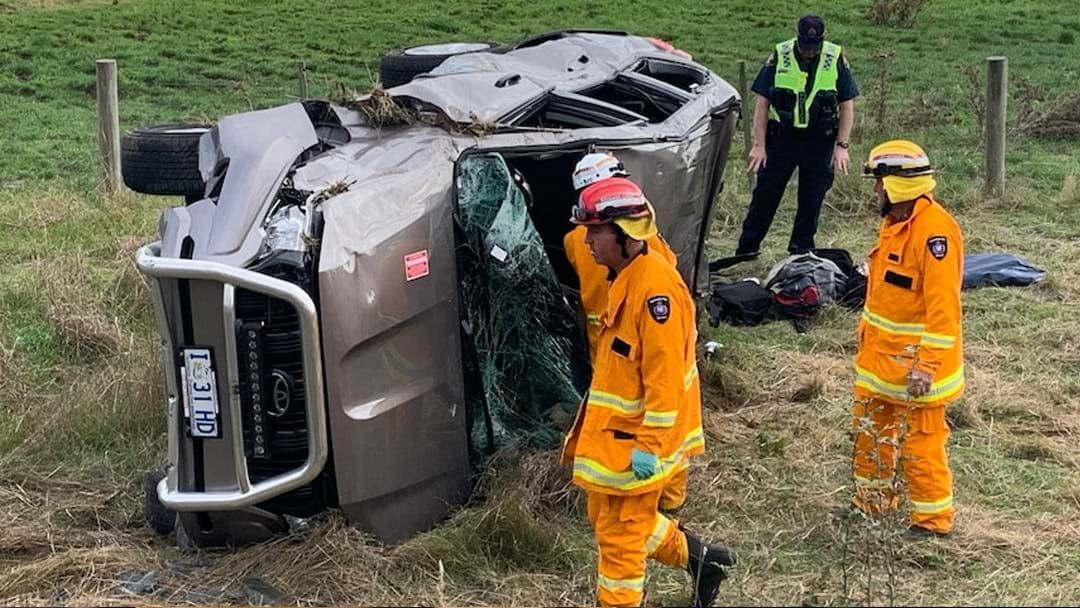 Scott Morrison's security-following vehicle was involved in car accident near Elizabeth Town in Tasmania on Thursday.

The PM was not injured nor involved in the accident, which caused this afternoon's campaign event in Tasmania to be cancelled.

Two Tasmanian Police officers, and two Federal officers from Morrison's security team were taken to hospital after their vehicle - an unmarked police car - flipped on its side.

Reports say all officers involved were conscious when transferred to a northern Tasmania hospital.

Driver of the other vehicle - a Mitsubishi Triton - was not injured.

The PM has extended his best wished for the recovery of those involved, and to their families.

In a statement local police said "the Triton collided with the rear of the police vehicle, while attempting to merge".