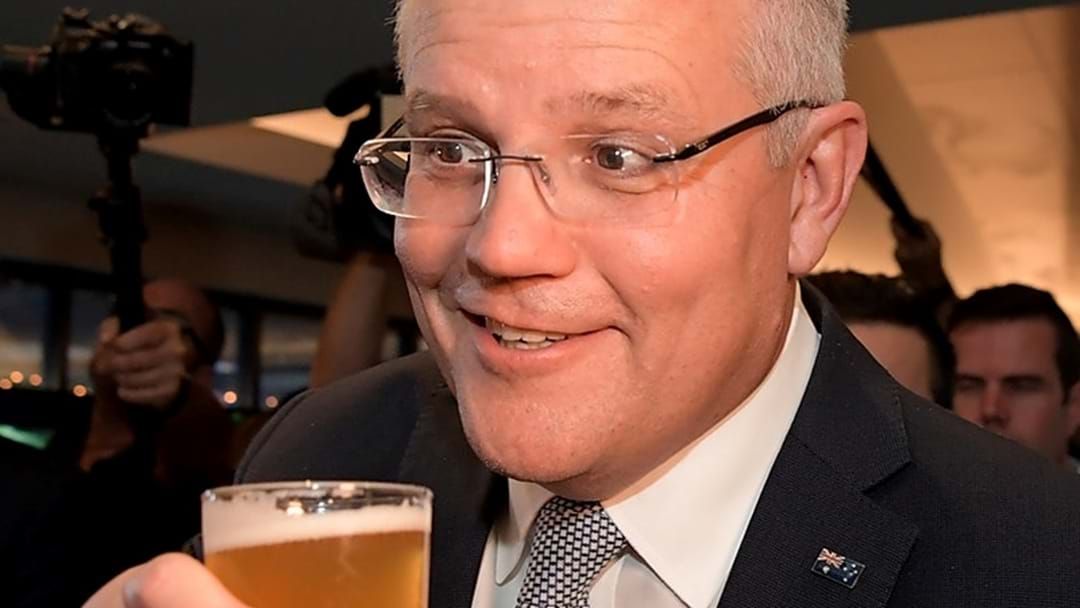 Footage of the PM during his pre-election visit to the Edgeworth Tavern in Lake Macquarie, being taken to town over unfulfilled previous election promises, has gone viral.

"I’ve been fighting for 12 years, mate – you treat a disability pensioner that worked all his life … he paid his taxes, now he’s getting taxed ahead ...," the man said pointing a finger towards Mr Morrison.

"This is what you said when you got elected last time, 'We’re going to help all those people that worked all their lives, paid their taxes and those that have a go, get a go'

The pensioner continued to take Morrison to task in front of the large crowd over several issues, including concerns with the NSW iCare insurance scheme, immigration, and the pension.

“Listen to me for a change. You can have a million-dollar house, $250,000 in the bank and franking credits but a disability pensioner can’t have an income,” the man said.

But the PM's pub stop was not all doom and gloom, with Morrison revealing the commonwealth’s strategy for Australia’s regions with the Hunter spear-heading the plan.

“I know when it (has) worked in the Hunter, it’s got to work all around the country,” he said. “Because it’s combining ­together our traditional industries with our new manufacturing industries, supported by great universities and a strong workforce."

In the federal government's pre-selection spruiking, the Hunter Region was flagged to receive $750 million for transport and port infrastructure projects, as one of four “key regions” leading the nation’s exports.

The funding is part an 11-year plan focused on building “next generation export hubs” in key regional economies.