RIP: Ryan Reynolds Shares A Loving Tribute After The Death Of Internet Explorer 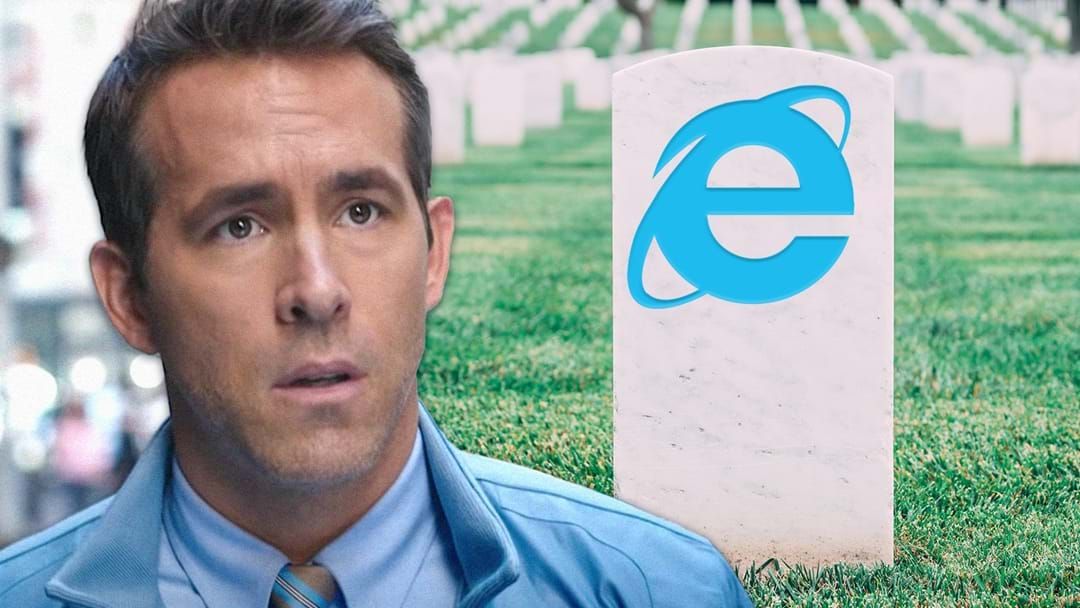 Oh, Internet Explorer… You may be gone, but you certainly won’t be missed!

With Microsoft officially ending support for the browser last week, a few tributes (not many) have been pouring (well… dripping) out for the OG web portal, which managed to hold on for dear life a place on our PCs for almost 27 years.

Our favourite tribute comes from Ryan Reynolds, who used the death of everyone’s least favourite browser as an excuse to reflect on everything that’s changed during its extensive life.

As much as we love to rag on Internet Explorer, it is bizarre to think about how different life is since its launch back in 1995 – average house prices have skyrocketed, gas prices have gotten out of hand, we’ve had a multitude of wars, natural disasters and twelve seasons of The Big Bang Theory.

We’re not saying it’s Internet Explorer’s fault but maybe it’s for the best that it’s gone…!