Do we have a new Ocean's Eleven? 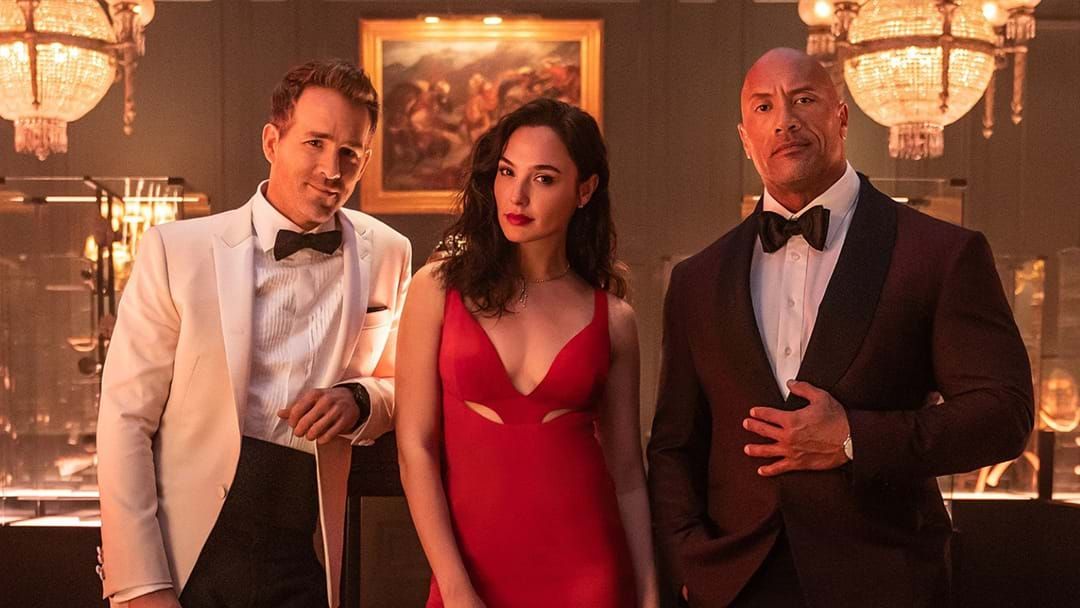 It’s been revealed Netflix’s most expensive movie has become the start of a franchise.

Red Notice, the 2021 action/comedy heist film starring Gal Gadot, Dwayne ‘The Rock’ Johnson and everyone’s favourite funnyman Ryan Reynolds, is slated to receive two sequels, if a report by Deadline is anything to go by.

Hitting the streaming service last November, the $200 million movie quickly became Netflix’s most-watched film of all time, raking in an estimated 400 million hours of viewership in its first month, dramatically eclipsing any other film produced by the streaming overlords.

Are you a Netflix #stan? Find out when we can expect the next season of Selling Sunset:

The film’s director, Rawson Marshall Thurber, has allegedly begun writing back-to-back sequels, with the Deadline report revealing ‘the plan is to bring back the star trio and add new characters to flesh out a heist-film ensemble reminiscent of the starry Ocean’s Eleven franchise.”

While it would be a mammoth undertaking, the recent slew of star-studded releases (Red Notice and Don’t Look Up being the most notable) indicates the streaming giant is well on its way to giving Hollywood a run for its money.

It’s worth noting Red Notice was met with an overwhelmingly average critical reception, holding 37% on both Rotten Tomatoes and Metacritic, so we aren’t holding our breath for either of the sequels to be a modern-day Citizen Kane.