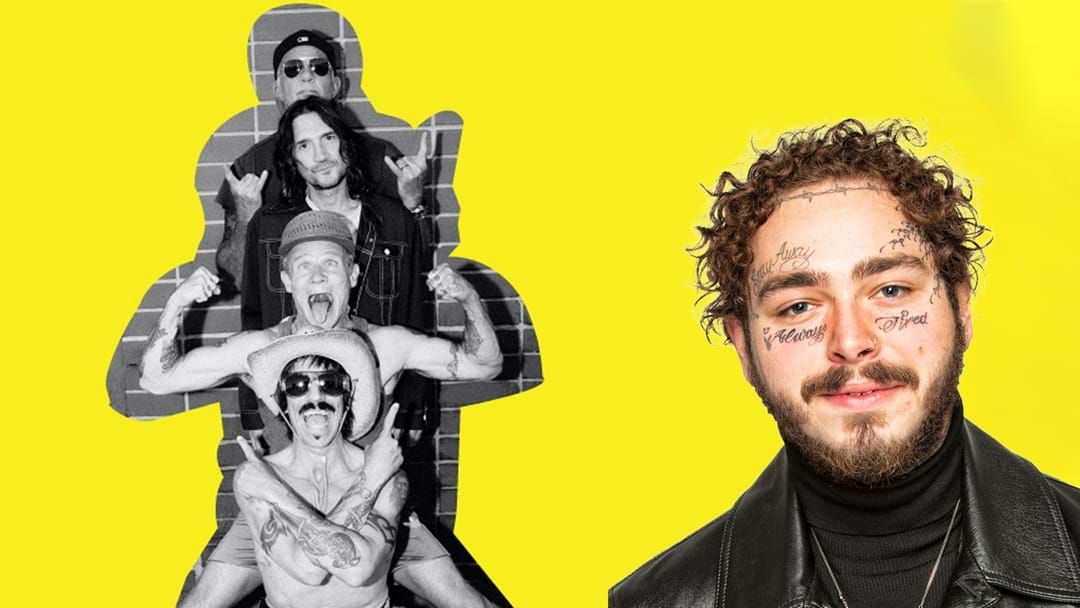 In some exciting news today, Red Hot Chili Peppers have announced not only are they returning to tour Australia, but they're bringing Post Malone with them!

The band will head to Brisbane, Sydney, Melbourne and Perth at the beginning of 2023 and we cannot WAIT!

The tour marks the return of guitarist John Frusciante to the group, and will see the band perform career-spanning hits alongside tracks from their new album .

Tour dates and locations are as follows:

Get all of your ticketing details here.