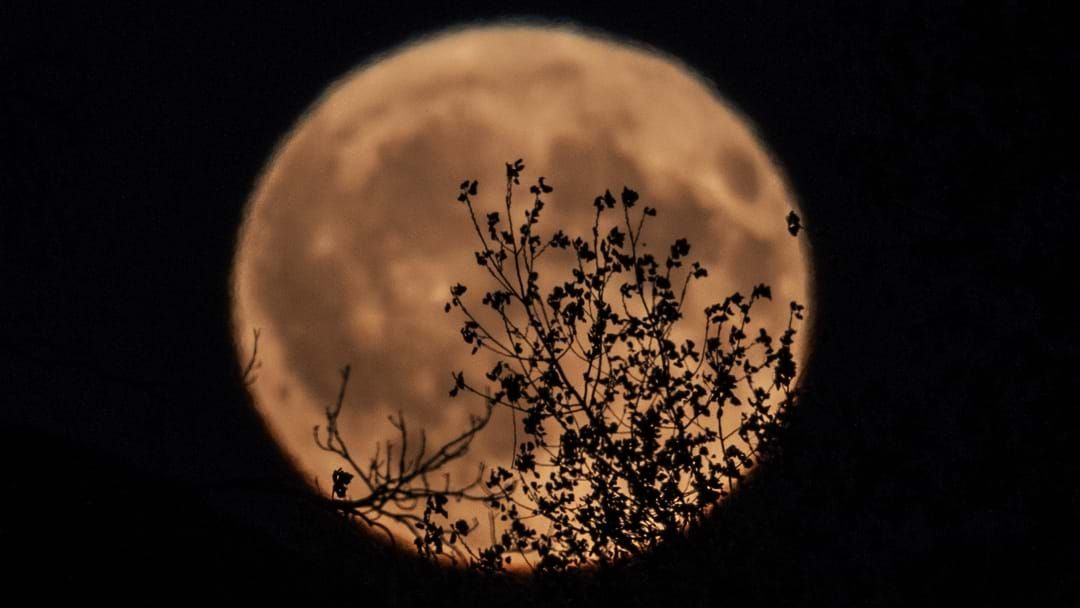 It is already Friday the 13th and as if that isn’t already creepy enough…  the moon will be glowing like a jack-o'-lantern tonight!

As the sun sets on this fine Friday while we all have a glass of wine on our hands, we will be able to catch a glimpse of the harvest moon.

If you aren’t too sure what a harvest moon is… don't worry, you aren’t alone we had no idea either.

But, the  harvest moon is the Full Moon nearest the September equinox, which is usually around September 23… but this year we get it on Friday the 13th to make things even more intense.

A harvest moon rises about 25 minutes after the sun sets and it brings even extra light to the evening.

It turns out that it is called harvest moon because of those extra 25 minutes!

The extra time allows more harvesting time for farmers and at the right time of the evening, the harvest moon looks like a massive pumpkin.

Farmer's Almanac told Nine News that the reason the moon does this is that “the moon's positioned at the "most shallow angle" with the eastern horizon… This shortens the period between the time the sun sets and the moon rises... and like any full moon, the sun and moon are opposite each other, so the sun cranks up the moon's brightness.”

Well, there you go!