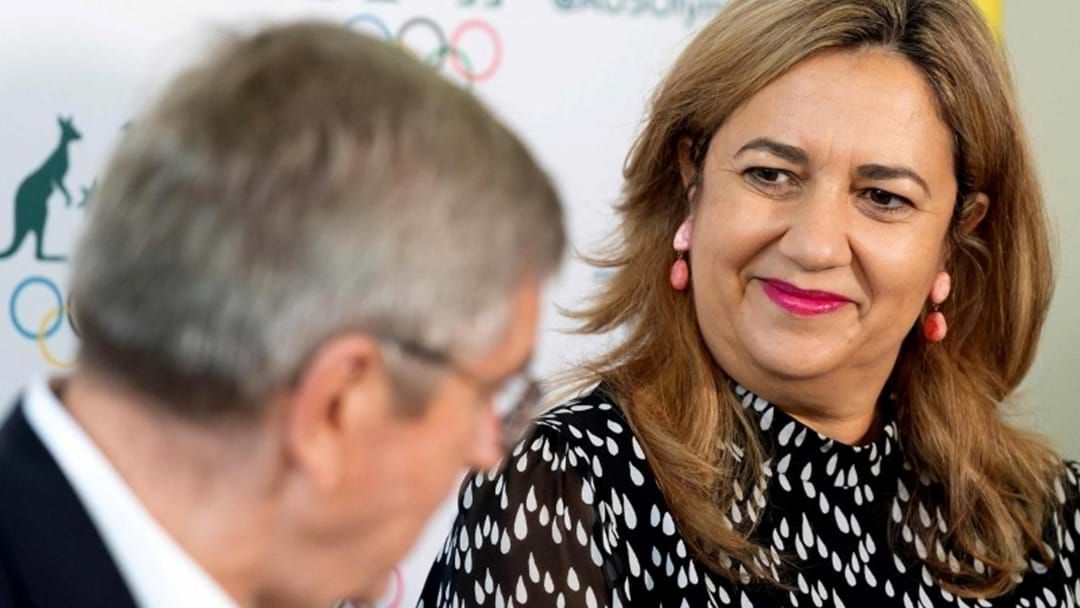 The Queensland Premier has apologised for bringing her boyfriend to an Olympics meeting conceding she made a mistake.

Celebrating outgoing International Olympic Committee vice president John Coates, Premier Annastacia Palaszczuk added a 'plus one' to the ticket, bringing along her partner Dr Reza Adib, even though Commonwealth, Paralympic and Indigenous representatives missed out on scoring an invite.

Ms Palaszczuk's office had earlier defended the “strange” addition of surgeon Dr Adib to the high-level meeting, instead suggesting any fault lay with the Australian and International Olympic committees.

But by Wednesday morning, the Premier admitted feeling guilty over the drama her decision has caused.

“It was a mistake, it shouldn’t have happened," Ms Palaszczuk said.

“I can’t undo what has happened, I can only apologise and I sincerely do that.”

“It was never intentional to cause any distress to anybody," she said.

Ms Palaszczuk said she was “very lucky and very blessed to have someone who supports my role”.

“It is a big role to run this state and my partner will be coming with me to different functions, but he will not be coming to any meetings or catch-ups,” she said.

Then in an obvious move to redirect focus, the premier commented on Mr Coates successor, Ian Chesterman.

“It was great to be there with John Coates on Saturday night and President Thomas Bach to celebrate the enormous contribution that John Coates has made to the Olympic movement,” she said.

“Of course, John Coates was absolutely influential in Brisbane being awarded the 2032 Olympic Games.”

But not everyone was so easily swayed, with Deputy Leader of the opposition Jarrod Bleijie critical of Ms Palaszczuk's remarks that it was only an informal meet-and-greet.

This week the IOC delegation is set to tour proposed sites for the 2032 Games.