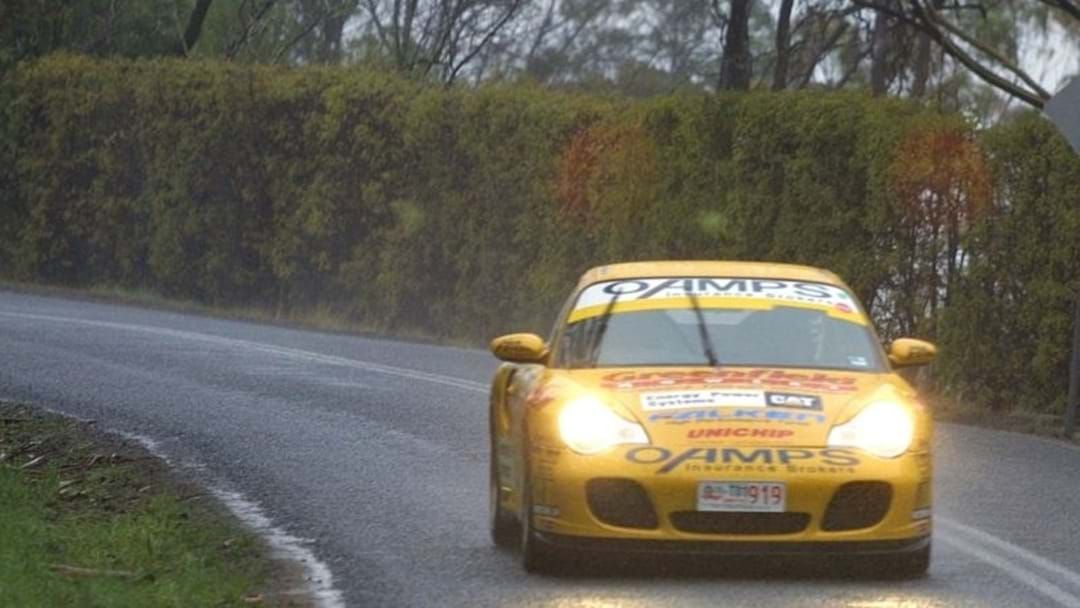 A Queensland man has died after his rally car drove off an embankment during the Targa Tasmania rally event in the state’s north on Wednesday.

According to police, two other people including the driver’s wife were in the vehicle when the incident occurred on Olivers Road, Mount Roland at around 3:30PM.

The driver’s wife and the passenger were not seriously injured.

The 59-year-old Brisbane man’s wife was transported to Launceston General Hospital where she was kept overnight for observation.

Police Inspector Darren Hopkins said police have not yet determined what caused the crash.

"It certainly is disappointing for any sporting event for something like this to happen," he said.

"And I'm fully aware and was present while the safety briefing was given to all the drivers by Targa officials.

Crash investigators have been working at the scene overnight with police set to speak to the man’s wife today.

Targa Australia CEO Mark Perry issued a statement yesterday saying Targa will be cooperating with police to determine the cause of the accident.

"The thoughts of our the entire (sic) TARGA community are with our fellow competitor's family and his loved ones at this extremely difficult time. We feel deeply for them all," he said.

"We will work with Tasmania Police and Motorsport Australia to understand the full circumstances of the accident.

Organisers cancelled Targafest which was set to kick off on Wednesday evening in the city’s CBD.

This is the second year in a row people have died during the Tasmania’s Targa rally event with three people dying during last year’s race including 68-year-old Leigh Mundy from Hobart, 59-year-old Dennis Neagle from Queensland and NSW driver Shane Navin.