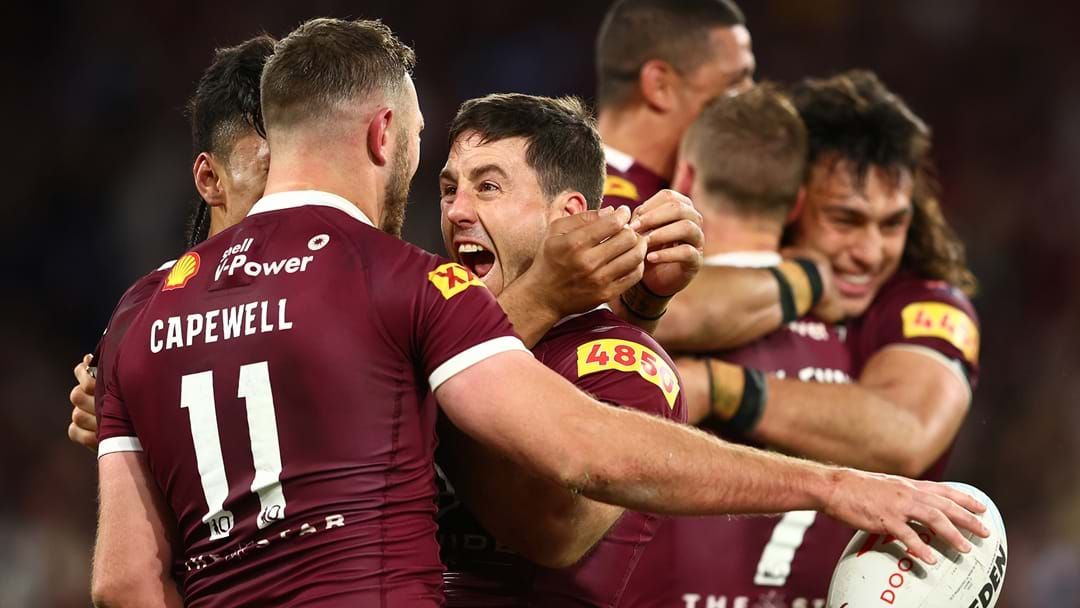 It will be remembered as one of the greatest State of Origin wins, after Queensland’s gutsy and courage come from behind third game victory sealed them the 2022 series 22-12 at Suncorp Stadium.

It was the 22nd time in Origin’s 43-year where the series ended in a decider, with Queensland now winning 38 of the 59 games played at Suncorp Stadium and leads the overall battle 66-55.

The Maroons were short of players due to injury and illness, and the withdrawals Cameron Munster and Murray Taulagi, and were coming off a 44-12 loss to the Blues in game two.

Ben Hunt was the match-winner, chipping Nathan Cleary in the final minutes of the match before running a whopping 70 metres to score the try that determined the game and the series.

Patrick Carrigan was awarded the Wally Lewis medal for play of the series – the first Origin debutant to claim the medal.

"Never have I ridden anything home like that last 20 minutes. That was incredible,” he said.

“I have no voice left, I don't think.

“It was a unique game, especially at the start when we lost two players. It just showed how much commitment both sides were willing to put on the line.

“We knew it was going to take petrol out of the tank but that was one of the best performances from a Queensland teams I've ever seen."

Those players lost were a part of separate incidents all within the first five minutes of the game where two Maroons and one blue were taken off the field due to head knocks.

Cameron Murray was the first casualty, leaving the field after colliding with Corey Oates before Selwyn Cobbo copped some friendly fire from teammate Patrick Carrigan and was assisted off the field.

The third injury came to Lindsay Collins who failed a head injury assessment after colliding with his Roosters’ teammate Daniel Tupou in a tackle.

With the series wrapped up, players will now return to their NRL sides and compete in the final seven weeks of fixtures before finals commence.

The Rabbitohs, Broncos and Roosters will have immediate injury concerns following the knocks to Murray, Cobbo and Collins, whose knocks to the head resulted in category one concussions.