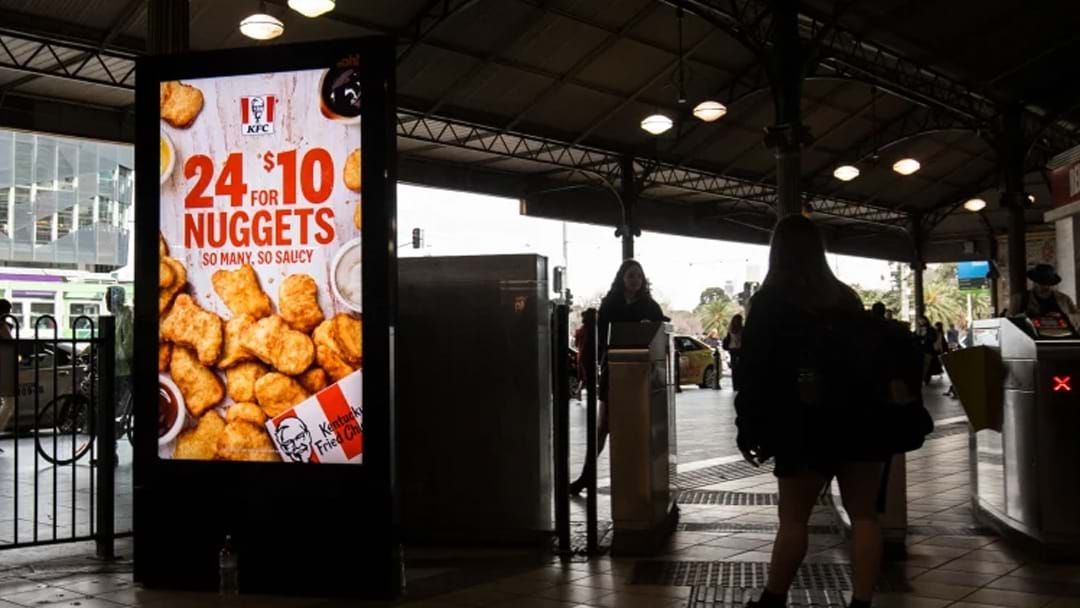 There are new calls to limit the exposure of junk food ads in Victoria, in particular for school kids throughout their daily commute.

The Cancer Council has launched a campaign to minimise targeted ads nearby Victorian schools, in an effort to reduce promotion.

Health experts say the ads on public transport, bus shelters, stations and billboards should be banned and a 500m buffer zone around schools should be introduced.

As reported by the Herald Sun, the campaign will highlight ads on both TV and radio stations of a schoolkid being physically hit by the unhealthy food item while waiting for their bus.

"We all want our kids to enjoy a healthy childhood, free from the influence of unhealthy food and drink advertising. But this is impossible when the processed food industry spends millions of dollars every year to advertise in places where they know children will see it," Harper said.

"We know this advertising impacts the quality of their diets, putting their future health at risk by increasing the likelihood of serious disease, including 13 types of cancer later in life.

"Today’s campaign is part of a nationwide approach to work with governments and health groups to raise the issue and protect our children from unhealthy food and drink advertising."