Protesters Have Shut Down Traffic At Martin Place Amidst Bushfire Crisis 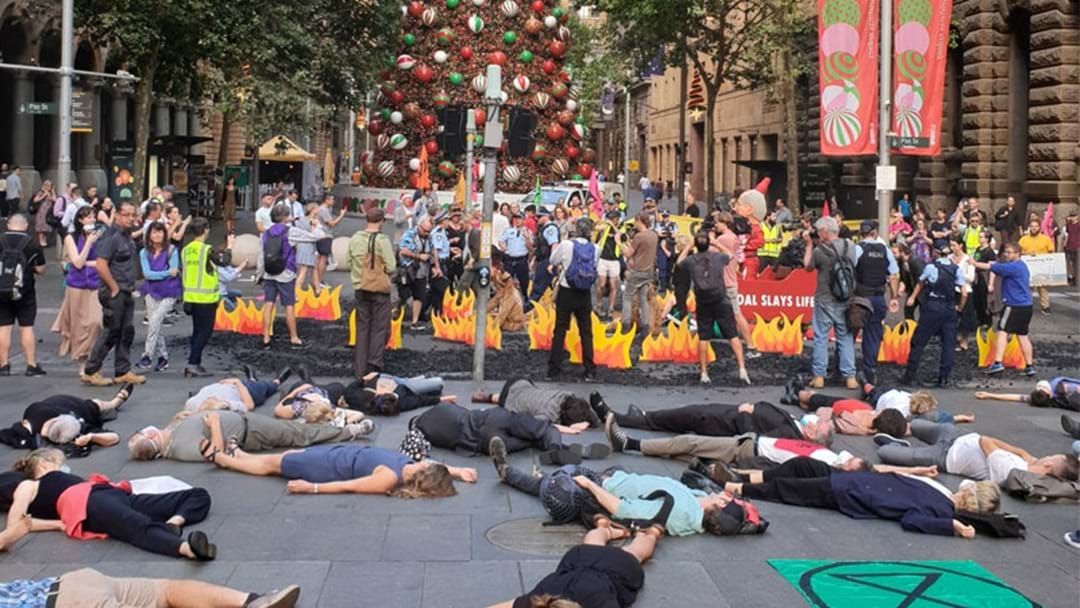 Update: Police say a clean up underway and 13 people have been arrested. The road still remains closed.

Pitt Street at Martin Place has just been blocked by Extinction Rebellion protesters.

The protesters have dumped coal on the ground and displayed images of fire in the heart of Martin Place while laying down with gas masks.

A paper mâché figure of Prime Minister Scott Morrison can also be seen in a Christmas sleigh with the words ‘COAL SLAYS LIFE'.

The protest, which was not known to police, comes after two volunteer firefighters were killed and three rushed to hospital while rushing to save houses from bushfires last night.

So far this particularly early bushfire season, eight people have died, more than 750 properties have been destroyed, 2000 koalas have died, and other countless wildlife have perished.

Meanwhile, air quality has dropped dramatically across the state, with Sydneysiders suffering through ‘unhealthy’ to ’hazardous’ levels.

This is the latest in what has been a string of climate change protests, with Australians protesting the State and Federal government’s lack of action before and during these fires.