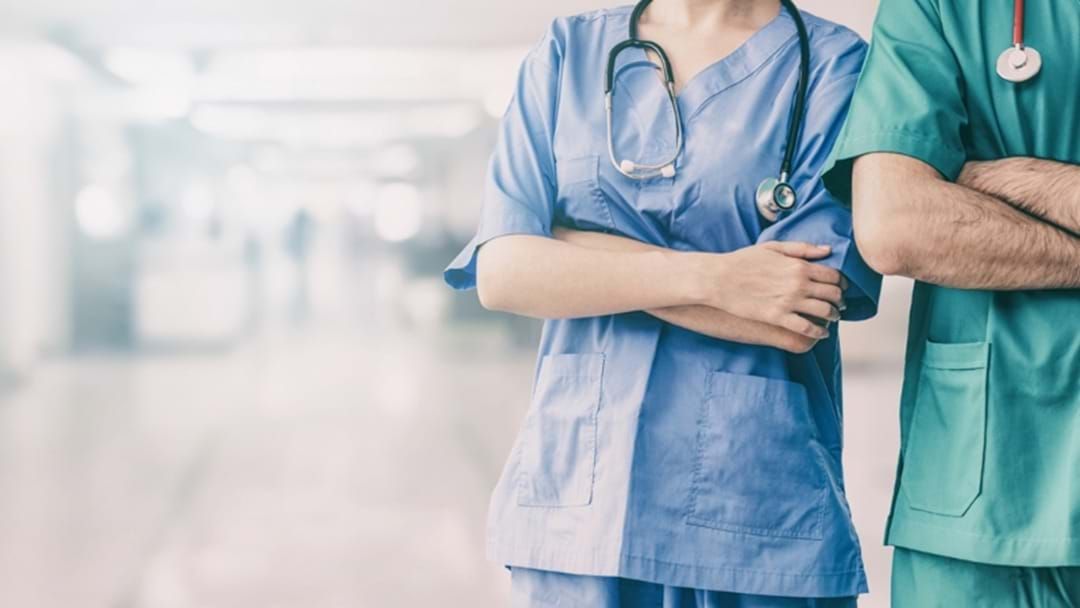 Established at the start of the pandemic in early 2020, the bargain struck between private and public hospitals for shared resources during times of peak demand has been called into action.

Proclaimed on Monday, the deal will see up to 57,000 nurses and over 100,000 staff from the private hospital system proffered in a bid to relieve stress on public health systems across the country dealing with the Omicron wave.

“We have planned, prepared and now we’re activating our next stage today,” Mr Hunt said.

“The private hospitals agreement will see up to 57,000 nurses and over 100,000 staff made available to Omicron-affected areas around the country. So, it’s a workforce which is skilled, planned, appropriate and available.”

Furthermore, Hunt said the federal government will step up their efforts to support the aged care sector, by providing 10 million units of protective gear and 5.6 million tests.

“That’s an important additional protection to be made available to our aged care sector,” i Mr Hunt said.

“We have provided over 2.3 million rapid antigen tests already just in 2022 to our aged care facilities.”

It comes as Australian residential aged care peak body says almost half of aged care facilities could have Covid outbreaks by the end of the week.

"I believe there is now a risk we will have over half of all the aged care homes in Australia with outbreaks. That number is likely to continue to increase," he warned the ABC.

However, Australia’s Chief Medical Officer, Professor Paul Kelly said the escalating pressure on the health system has been compounded by Omicron.

“We have been planning for workforce pressure in our healthcare sector for some time, right back to actually the beginning of the pandemic”.

“This is the first time that the health system has come under pressure to the extent that we’re seeing in the last week or two," Prof Kelly said. "I said on the weekend, and I stand by those statements, that we are either at or close to the peak of this in certain states.”