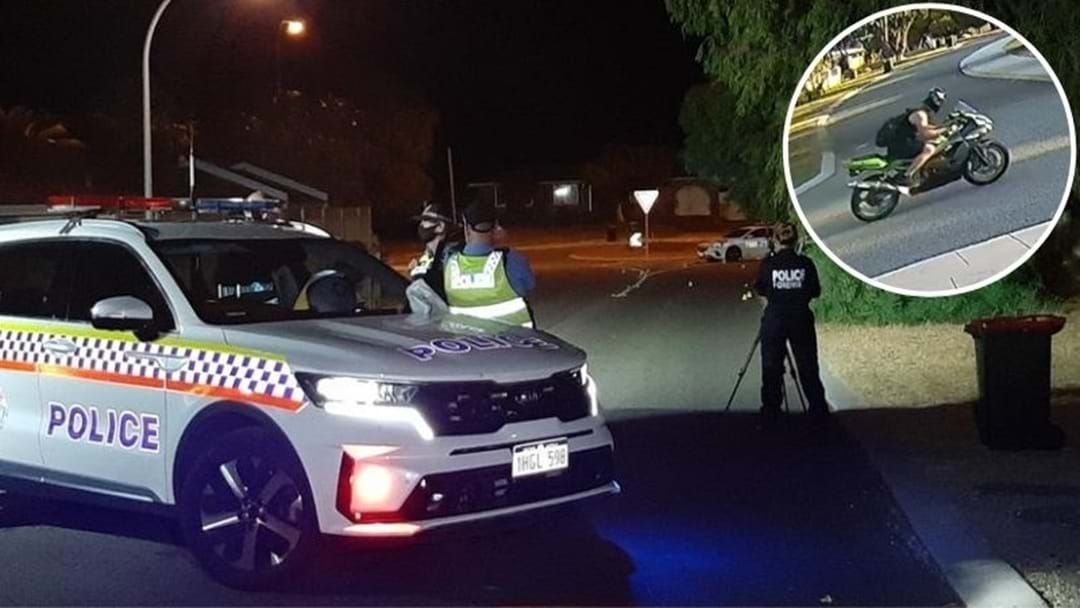 Police are looking for a motorcyclist in relation to a hit and run that injured a police officer in Warnbro on Wednesday evening.

WA police are on the lookout for a motorcycle rider after a Senior Constable was struck by a motorbike while conducting speed checks at around 6:10PM last night.

According to police, the Senior Constable attempted to stop the motorcycle rider at the intersection on Currie Street when the driver ran the officer down before fleeing.

Paramedics attended the scene where they found the Senior Constable in serious condition before transporting him to Royal Perth Hospital.

The officer is now believed to be in stable condition.

Major crash detectives have since released an imaging depicting the man, they believe can assist them with their inquiries.

The driver can be seen wearing a black tank top, black short and a black backpack and is also riding a lime green motorcycle.

Police are asking anyone with CCTV, dash cam or phone footage of the motorbike or the incident, which occurred between 5:30PM and 7PM on Wednesday evening, to contact detectives.

Anyone with information pertaining to the collision is urged to contact Crime Stoppers on 1800 333 000.