Servo held up on Tuesday night 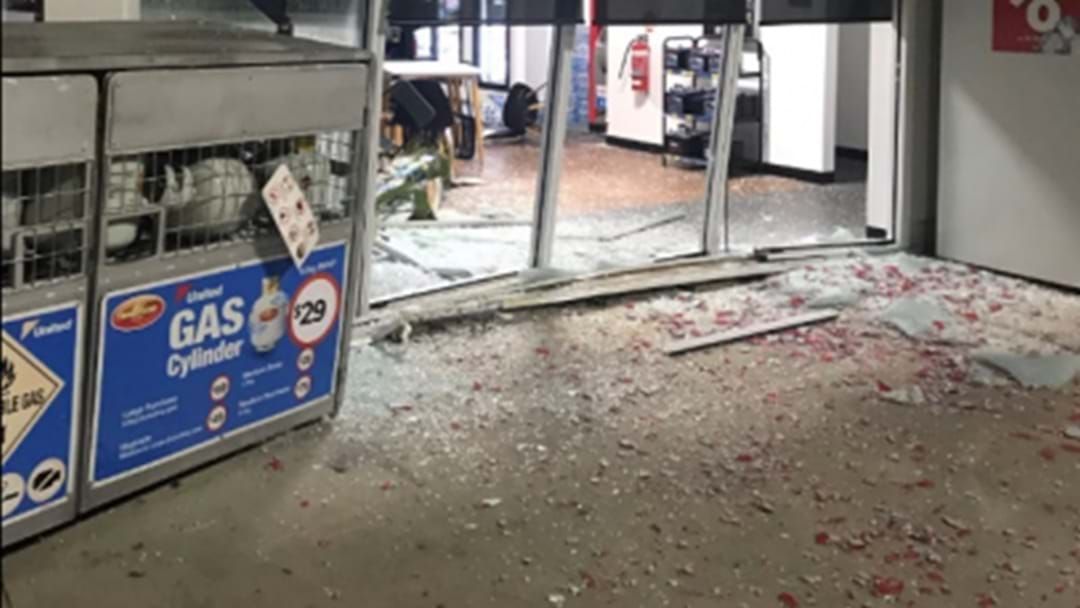 Police are investigating the attempted robbery of a service station in Kilcoy late Tuesday night.

Just before midnight, a new model Landcruiser pulled into a service station on Hope Street parking at the rear of the business.

The male passenger exited the vehicle, tied a chain to the tow ball of the vehicle, smashed through a window and wrapped the chain around the ATM inside the building, before attempting to remove it.

The chain snapped and the vehicle drove out of the driveway, however the driver then performed a U-turn at Ridge Street and returned.

The man proceeded to reattach the chain in another attempt to remove it from the building.

The vehicle drove at speed in an attempt to remove the ATM however the chain snapped again, extensively damaging the building and the machine.

The chain then catapulted and punctured a hole in a concrete power pole.

At this point, the vehicle drove from the scene, along Hope Street and onto the D’Aguilar Highway.

Police would like to speak to two men who may be able to assist police with their investigations.

The first man is described as approximately 175cms tall, wearing a grey hooded jacket and blue trousers. He was wearing a cap under his hood.

The driver of the vehicle was wearing shorts and a dark coloured shirt with the letter ‘R’ on the front and white sleeves. He was wearing a bandanna across the bottom half of his face.

Police believe the rear of the vehicle may have sustained damage due to the incident.

If you have any info for police please contact: