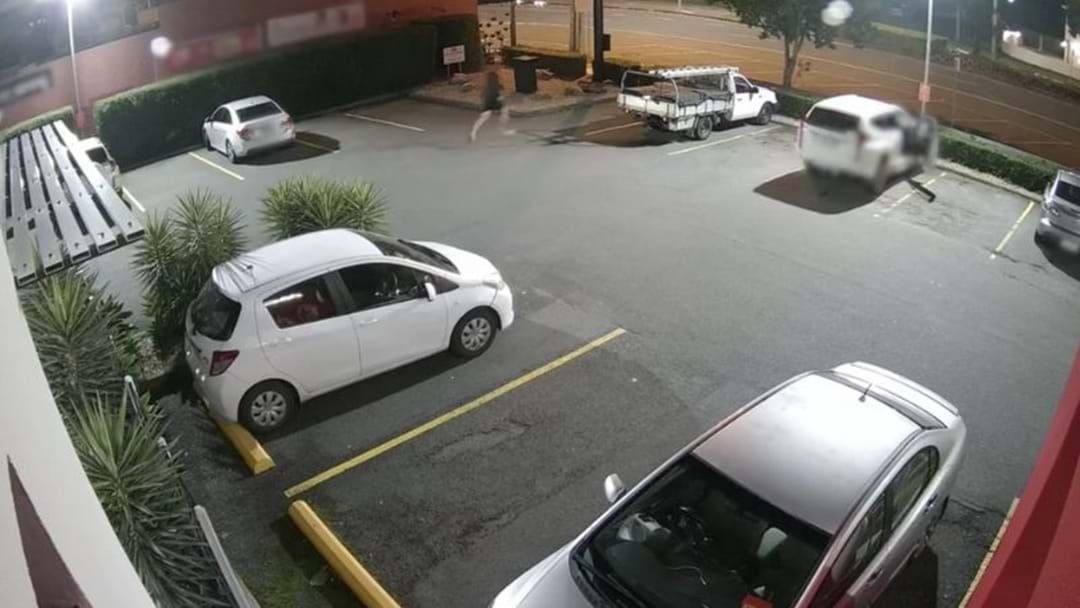 Police are currently investigating an alleged armed robbery that occurred in Burleigh Heads on Tuesday evening.

Investigators are looking for a man who allegedly threatened a woman with a knife and forced her to hand over her phone in Burleigh Heads on Tuesday afternoon.

The 26-year-old woman was walking south along the esplanade at Burleigh Heads when the man confronted her at around 5:30PM on Tuesday.

The man is believed to have allegedly pulled out a knife and threatened to cut her unless she handed over her mobile phone.

The man was captured on CCTV footage running through the carpark of a Burleigh Heads business directly following the incident.

Police released the CCTV footage which shows the man running barefoot south along the Esplanade, then down Fifth Avenue, then north up the Gold Coast Highway heading towards Miami.

Police are asking anyone who may have witnessed the incident or anyone who might recognise the man to contact police immediately.