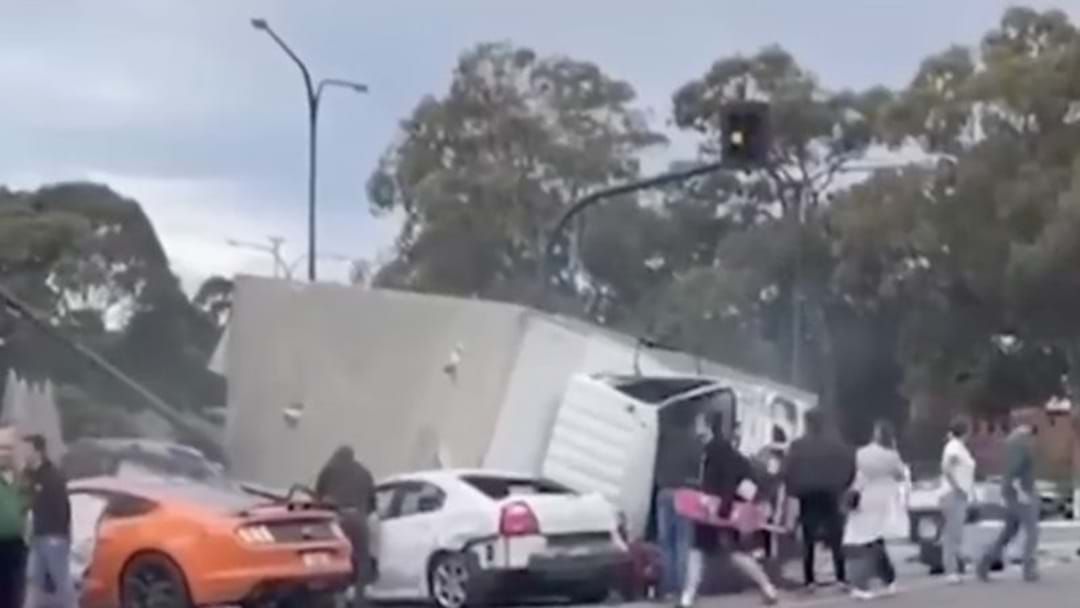 Police have charged a Queensland man over a nine-car pile-up on the foothills freeway in Adelaide on Sunday afternoon.

The driver of the Mitsubishi truck is believed to have lost control before entering an intersection and smashing into six stationary vehicles and a passenger truck.

Nine people were injured during the collision with another five managing to escape the incident uninjured.

The 60-year-old driver of the Mitsubishi truck was transported to the Royal Adelaide Hospital to be treated for minor injuries.

Police arrested the driver of the truck last night and charged him several offences including driving unlicensed, acts to endanger life and nine counts of dangerous driving causing harm.

The man has been denied bail and is set to face the Adelaide Magistrates Court later today.