Accused to face court next month 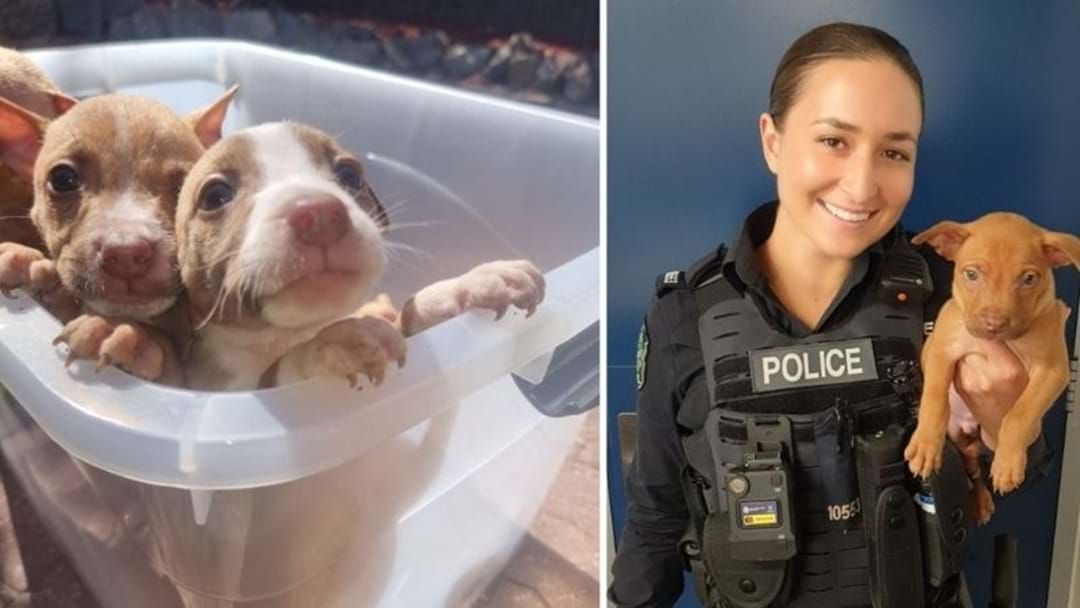 Police have charged a 37-year-old man over the theft of seven Pitbull cross puppies which were nabbed from an Adelaide property earlier in the week.

According to police, the Christies Beach man allegedly broke into a Morphett Vale home on Wednesday or Thursday and took the litter of Pitbull cross puppies.

Police searched the man’s home at around midnight on Saturday morning where they found two of the puppies.

A spokesperson for SA Police said police are still searching for the remaining puppies.

"Investigations into the whereabouts of the other puppies remain ongoing," the spokesperson said.

"Two of the litter [have been] located safe and well."

South Australia Police released information about the alleged theft to the public in the hopes someone with information will come forward.

The public plea for information lead to a third puppy being handed into police which has since been returned to the owner.

The owners of the puppies posted about the theft on Facebook saying they are “absolutely devastated”.

The 37-year-old accused has been charged with theft and serious criminal trespass and is set to face the Christies Beach Magistrates Court in May.

Anyone with information about the stolen puppies is urged to contact police or Crime Stoppers on 1800 333 000.