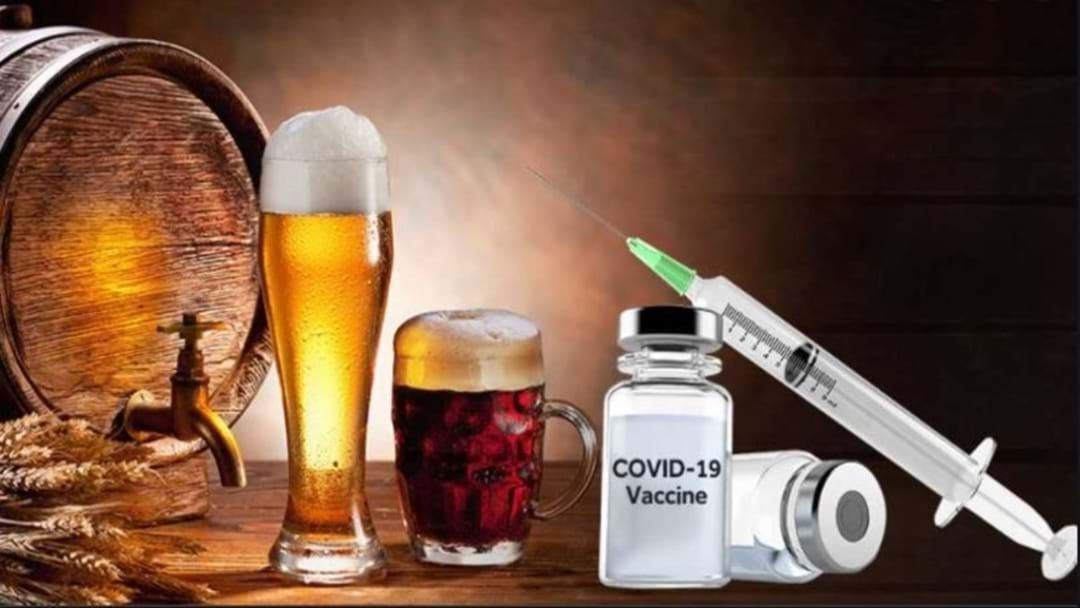 Happy Hour is back on for a Port Melbourne pub banned mid-week from offering free beer to drive up vaccination rates.

Australia's medicine regulator poured cold water on the Prince Alfred's promotion "Pot for a Shot" that offered complimentary drinks as reward for rolling up your sleeve for the Covid jab.

Publican Tom Streater said he got a call from the Therapeutic Goods Association on Wednesday pulling the plug on the alcoholic lure.

"They were nice, they gave us a call, we have a chat, there was no punitive action"

But the decision was reversed by the medical regulator on Friday evening after rallying support from Prime Minister Scott Morrison earlier that day, who backed the good old Aussie fair-dinkum initiative.

“It is a sensible rule, but in these circumstances, the national interest is to get vaccinated, so the Prince Alfred down in Melbourne, good on you for getting behind it"

With all good intentions to support the local community to be a part of the solution, Mr Streater just wanted to encourage more people to get vaccinated.

"The great thing for us, was when i looked across the road and saw people queuing for their vaccines, it seemed to me half of them were pub regulars. So, I'd like to think that our little social post might have motivated some of those people to go and get it done"

Mr Streater said he was left stunned on Friday after the Prime Minister talked to the TGA decision.

“I’m truly surprised the Prime Minister was on national television talking about us...I thought it was just a bit of political posturing but they’ve genuinely reversed the decision, so I’m really pleased. I truly can’t believe it.”

So, in this happy ending the Prince Alfred's promotion "Pot for a Shot" is back on tap and available only to double-vaccinated patrons.