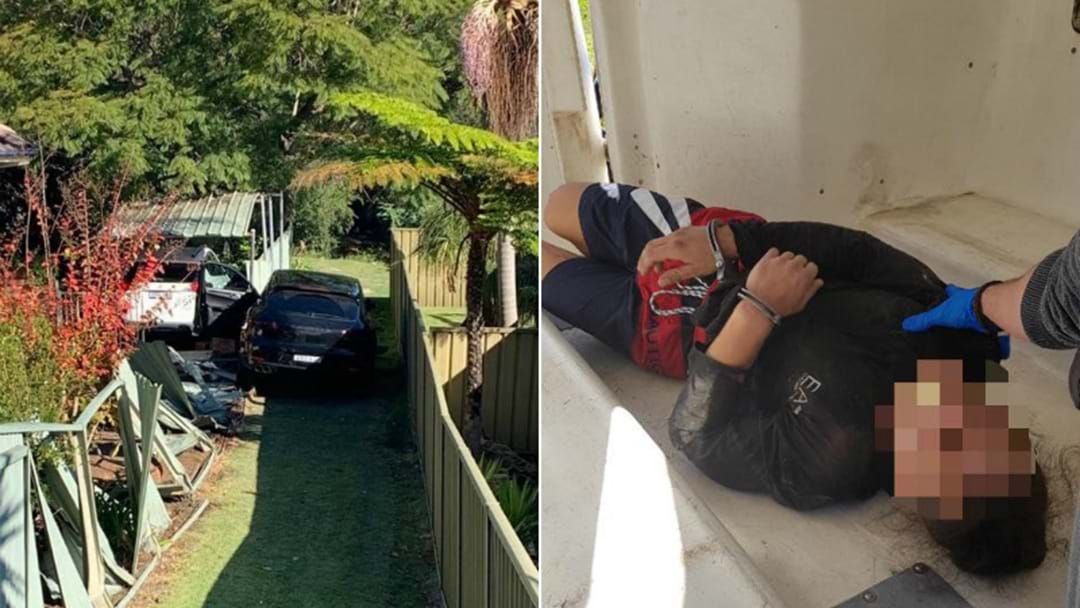 A Wallsend man's facing several charges after allegedly stealing a luxury 4WD and taking it on a wild joyride.

It's claimed the 24 year old pinched the Porsche Macan from New Lambton Heights on Wednesday.

On several occasions he was spotted driving dangerously at Hamilton, Broadmeadow, New Lambton and Edgeworth.

Police spotted him at Teralba at midday yesterday and gave chase, but had to call off the pursuit as it was too dangerous.

He was sighted again a short time later in Cardiff, where the 4WD lost control in Clinton Close, crashing into a fence and carport.

The driver fled on foot but was found hiding in nearby bushland.