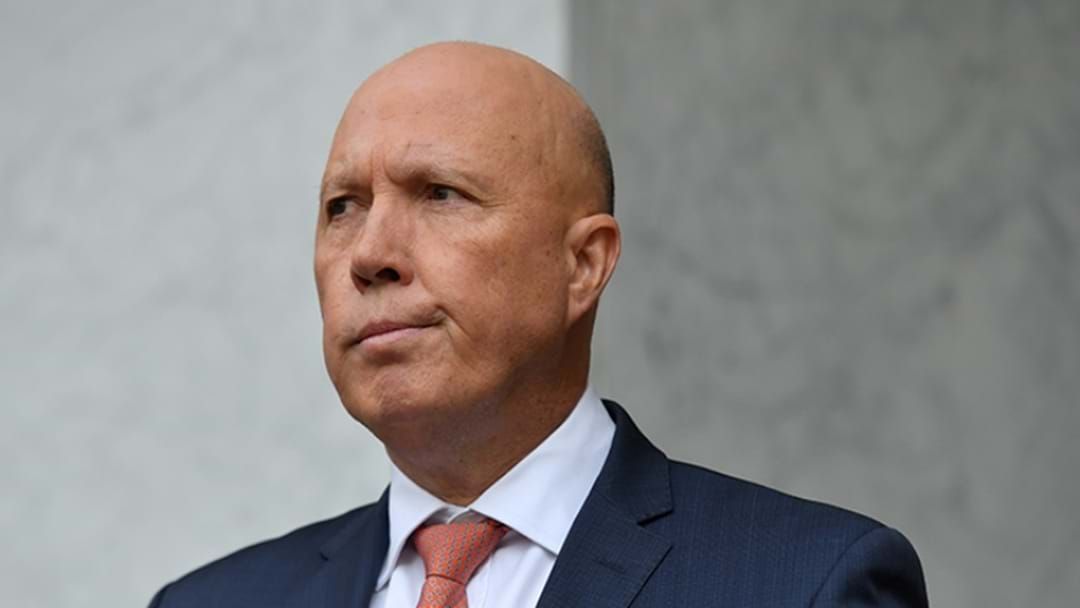 Former defence minister Peter Dutton has confirmed he will nominate for the leadership of the Liberal Party.

Mr Dutton says Australians will see a new side to him following years of holding “tough portfolios” like defence and home affairs.

“Most people have only seen that side of me. I hope now, in moving from such tough port­folios, the Australian public can see the rest of my character, the side my family, friends and colleagues see. The side my community sees, where they have elected me eight times," he said.

“I come from the suburbs and I have never changed my values or forgotten where I come from.”

Promising to bring together Liberal moderates and conservatives following the election loss, Mr Dutton said it is all in the name.

“We aren’t the Moderate Party. We aren’t the Conservative Party. We are Liberals. We are the Liberal Party. We believe in families – whatever their composition,” he said. “Small and micro businesses. For aspirational, hard-working ‘forgotten people’ across cities, suburbs, regions and in the bush.

“I’ve had tough jobs – firstly as a policeman dealing with serious sexual assaults and murders, to home affairs minister where I deported drug traffickers and child sex offenders

Pledging a work ethic second to none, the hopeful opposition leader said he has the skill and experience to lead the Liberal Party

“I have held portfolios in government and in opposition, including defence, home affairs, health, fin­ance, assistant treasurer, sport and employment,

“I was raised by my political mentors John Howard and Peter Costello. I was a minister under John, assistant treasurer under Peter," he said.

“Things are going to be tough under Labor: higher interest rates, cost of living, inflation and electricity prices. Labor talked a big game on the economy

“They now have to deliver, and we will hold them to account,” Mr Dutton said.

NSW Liberal MP Sussan Ley is the front-runner for the role of deputy, ahead of senators Jane Hume and Anne Ruston.