"My body, my choice" 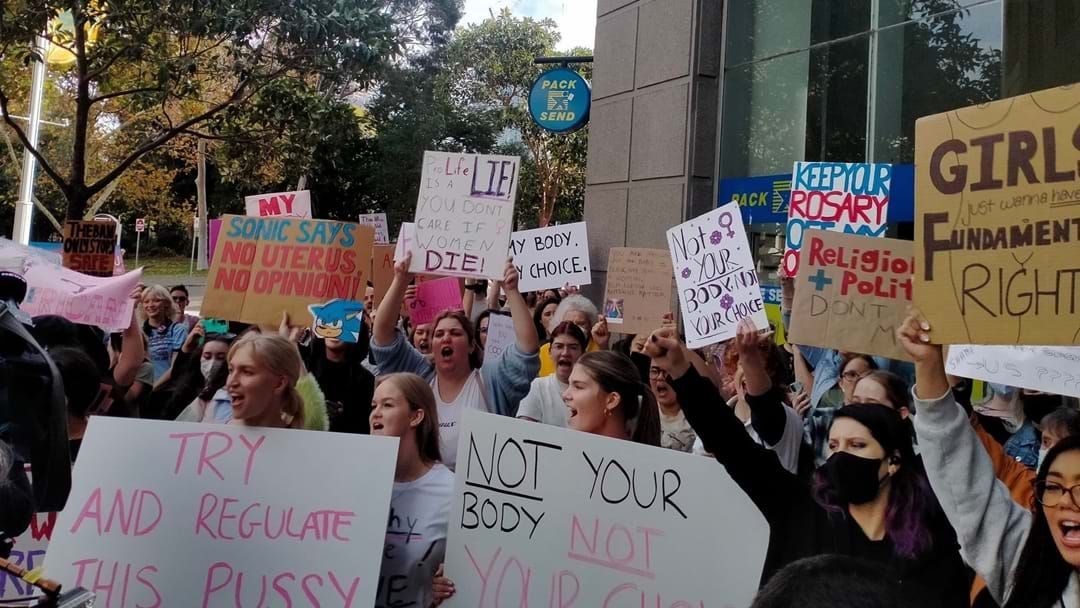 Hundreds of people rallied in Perth yesterday at the front of the American Consulate General in anger over abortion rights being stripped away by the United States Supreme Court.

The protest, in wake of the Supreme Court revoking Roe v Wade, was the first in Australia set to take place this week including a second in Perth on Saturday.

The decision now allows individual states in America to set their own laws regarding abortion and it’s expected half of the states will now outright ban or heavily restrict access to abortions.

Organiser Nicole McEwen told the ABC she was outraged by the decision in the United States.

"It was such an important and essential decision for them historically, and then through decades of far right and conservative and evangelical groups organising around this issue, they managed to undermine it," she said.

"Obviously we do have those evangelical and right-wing groups here in Australia.

"I don't think we're going to lose the right to abortion tomorrow, but I do think it's something that we do need to be organised and steadfast around."

Protesting in Perth on Monday was a Chicago-born mother Annie Gilbertsen who told The West Australian the decision was “so absolutely backwards”.

“The (US Supreme Court Justices) will never have to make a decision on whether they have to have an abortion. . . it’s just so backwards to me, especially having (daugher Sophie), I absolutely don’t want that to be a position she’s in,” she said.

Western Australia remains the only state in Australia that has not decriminalised abortion and remains regulated by the criminal code, permitted only with the approval of two doctors within the first 20 weeks of pregnancy.

Once the 20 weeks past, it becomes extremely difficult to have an abortion.

A second protest in Perth has been organised for Saturday July 2 at 3pm, beginning at Murray St Mall on the corner of Forrest Place.

Other planned protests in Australia:

Hobart
Saturday, July 2 at 11am meeting at Salamanca Markets

Melbourne
Saturday, July 2 at 12pm outside the State Library of Victoria