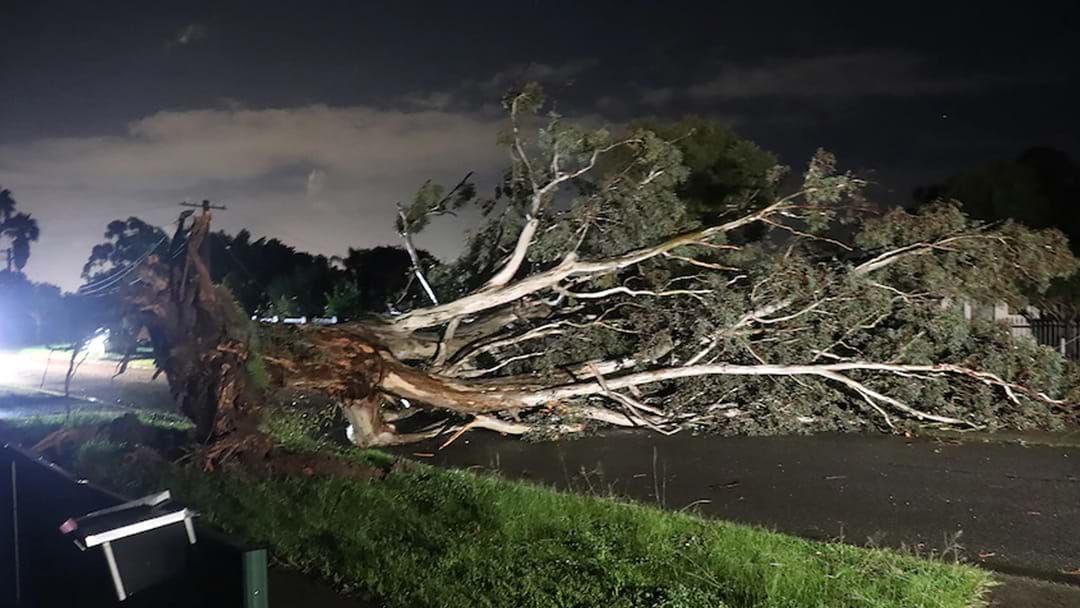 Power has been restored to Perth Airport; however, thousands of households remain without power caused by a one-a-year triple storm front that began hitting WA on Tuesday.

​At the storm’s peak, Western Power said 35,000 customers were without power but since then at least 25,000 has since been restored.

A Western Power spokesperson told The West crews and the network operations centre worked through the night in to make hazards safe and restore power where they could.

“While further hazards and faults were reported overnight, storm-related damage to infrastructure was less than experienced yesterday where a peak of 35,000 customers experienced interruptions to their power supply.”

“Damaging and destructive winds associated with the front experienced during the last 24 hours have thrown debris, including tree branches, into the network, damaging equipment and bringing down powerlines.

“Our priority during the storm is responding to reported hazards first before we repair and restore.”

Heavy showers and thunderstorms are also expected to persist throughout the day.

A severe weather warning for damaging surf is in place, with significant waves exceeding heights of seven metres already occurring in exposed locations.

Swell forecasts of over 9.5 metres are predicted to hit Rottnest Island and Cape Naturaliste today.

State Emergency Services continue to respond to calls for help with 349 calls between 6.30am Tuesday and 6.30am this morning — 304 of which were from the metropolitan area.

Of those calls, 76 came in after 6pm on Tuesday night.

Power went out for hours at Perth Airport on Tuesday night, delaying check-ins and flights after a high-voltage transmission pole was damaged.

Flights returned to the air this morning, but the airport has been managing through a backlog of passengers trying to make their way through security.

It revealed 29 flights were affected by the outage.

The airport has announced a thorough review of the backup generation systems which failed to stop the major outage.

Perth Airport CEO Kevin Brown said they systems are checked monthly which has caused confusion as to why they failed.

"These backup systems are checked on a monthly basis and that's why I want to know why these generators didn't function as intended last night," he said.

"I know that this caused a lot of inconvenience to people and that's why I want to make sure that we don't see a repeat of this in the future."