Pensioner To Fork Out Thousands To Remove Sunken Houseboat From Broadwater 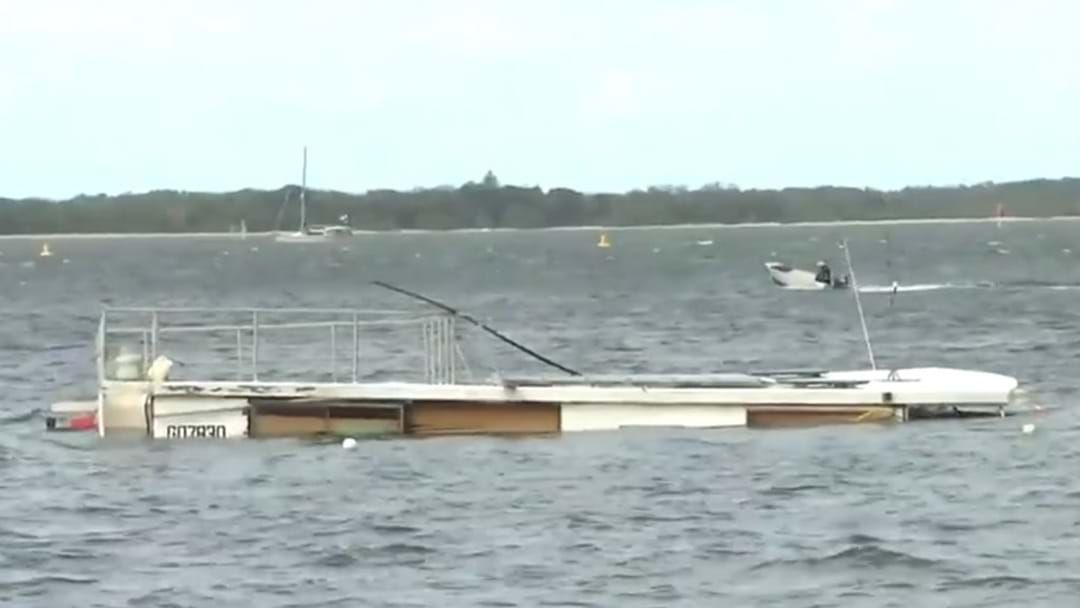 A pensioner is being forced to shell out up to $18,000 to pull his sunken houseboat out of the Broadwater.

The vessel went under off Paradise Point during the wild weather last week, which the owner has blamed on its sinking, and had been hoping to receive financial assistance to help remove it.

However Gold Coast City Council claimed it was the houseboat's run-down condition that led it to sink.

The owner has been ordered to remove the boat by the end of the week.

Acting mayor Cameron Caldwell has called for something to be done about all the dilapidated boats across Gold Coast waterways.

"It's quite regrettable that this has occurred yet again," said councillor Caldwell.

"We're seeing dilapidated vessels on our beautiful Broadwater sinking and causing dramas to the environment.

"We'd like to see that fixed as soon as possible."