"It's not closing the gap” 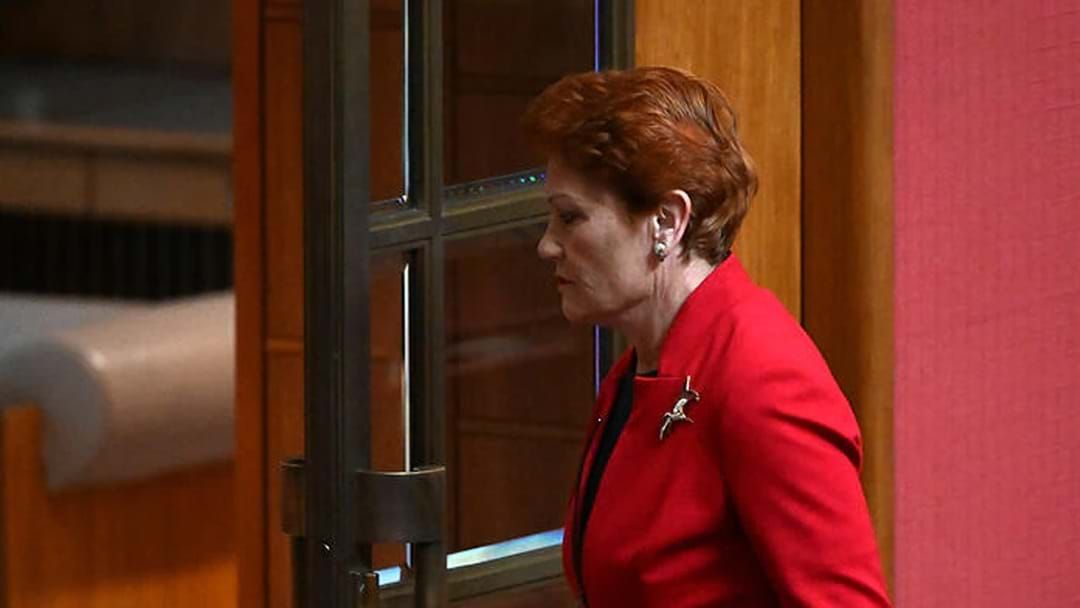 One Nation leader Pauline Hanson has stormed out of the Senate chamber during the Acknowledgement of Country, labelling it “divisive."

The Acknowledgement of Country was read by newly elect Senate President Sue Lines and is typically read after the prayer and paid respect to Ngunnawal and Ngambri people.

“In acknowledgment the Ngunnawal and Ngambri people, who are the traditional custodians of the Canberra area and pay respects to elders past and present of all Australia’s indigenous peoples,” Senator Lines said.

Hanson then interrupted, yelling from her spit, “no I won’t, and I never will,” before leaving the Senate.

"Day two of the 47th Parliament and racism has reared its ugly head. Pauline Hanson disrespectfully stormed out of the acknowledgement of Country in the Senate, refusing to acknowledge 'those people'," she Tweeted.

Hanson later shared a video to her YouTube channel explaining why she walked out.

"It's not closing the gap," she said.

"If they want the flag on the floor of parliament, then let the people make that decision in a vote.

The video concluded with Hanson asking her supporters to "use their voice" and to contact their local members to argue against the introduction of the Aboriginal and Torres Strait Islander flag in front of Parliament.

"Today on the notice paper, they are going to put a motion to the Senate to introduce not only the Australian flag, that now stands on the floor of the parliament, but also the Aboriginal and Torres Strait Islander flag," she said.

"I'm so angry about this. Those flags have never been voted on or for by the Australian people."