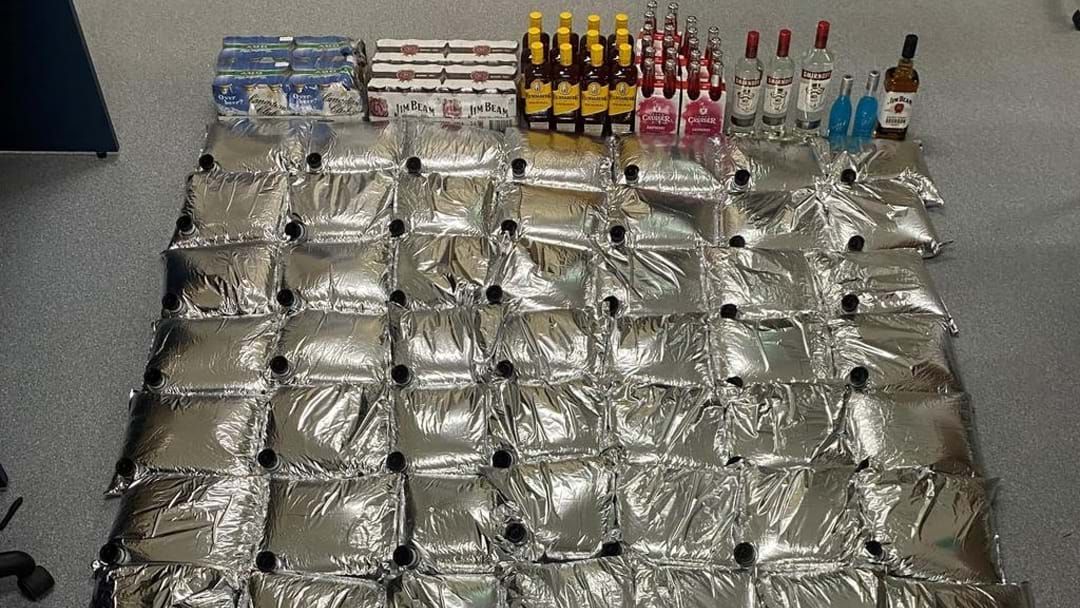 A Palm Island man has been charged with possession of a dangerous drug and alcohol in a restricted zone, as police seized $8,000 worth of goon.

A 38-year-old man was caught unloading alcohol hours after a teenager went missing on a grog expedition.

The 17-year-old was reported to be missing on Saturday after he didn't return home.

When he was later spotted by a coastguard near Pandora Reef, it turns out he was sent out on a mission  by his father to pick up alcohol.

A police spokesperson said the teen was "believed to be involved in the illegal transport of liquor".

The boy had allegedly been sent out on an illegal importing mission, the father traced his steps to complete the run once the boy failed to return.

He was later caught by officers at Mill Bay on Sunday morning unloading a plethora of goon and alcohol, the island has its own Alcohol Management Plan for what comes in and out.