One Woman Charged, Three People On The Run After Fatal Collision In Melbourne’s West 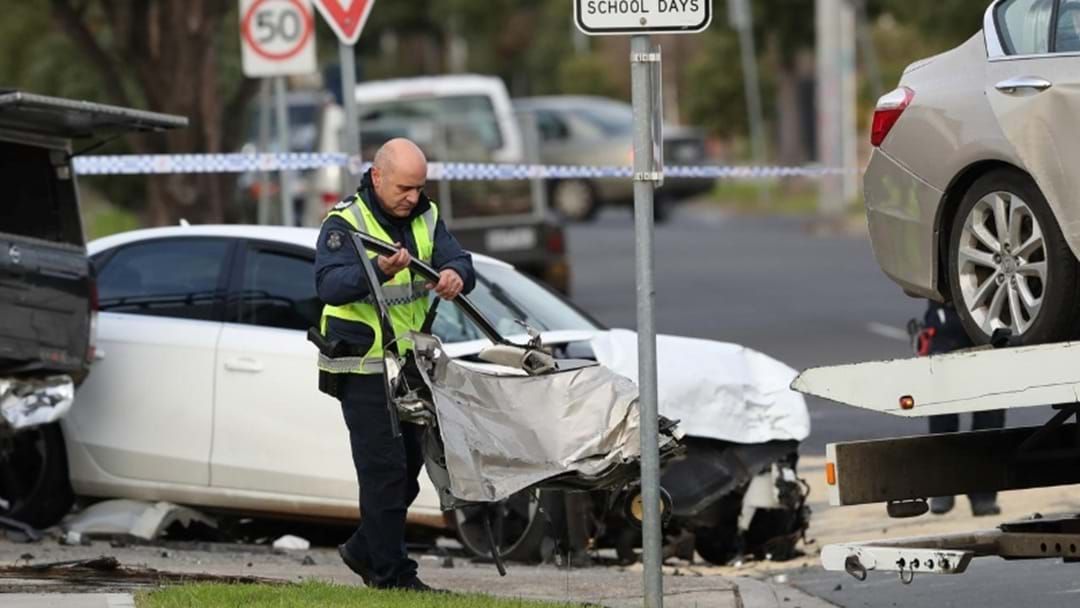 A woman is in custody while three men remain on the run following a fatal multi-car crash at Sunshine West overnight.

A 22-year-old Wyndham Vale woman who was out on bail has been slapped with a string of offences, including not telling police who was driving the vehicle at the time of the incident.

It’s alleged a white Audi sedan collided with a gold Honda sedan at the intersection of Links Street and Glengala Road just before 1am on Thursday, before both vehicles crashed into two parked cars on Links Road.

The sole occupant of the Honda, a 69-year-old Sunshine West man, who has been identified as well-known local Sedat Hassan, sadly died at the scene.

Detective Sergeant Stephen Hill has slammed the act of the three other people who fled the scene saying to run from the accident was a “bastardly act”.

“The occupants of the white Audi unfortunately, and for reasons that are beyond my comprehension, have decided to cowardly run away from the scene, leaving that gentleman in a critical condition,” he said.

“If they had have remained … instead of running away, they may have been able to save him.

“The law says you need to stop, and you need to help … because you have a real chance of saving someone’s life," he said.

“It’s a real bastard act to leave a person dying on the side of the road as a result of a collision you’ve been involved in.”

The 22-year-old woman who stayed at the scene has been charged with registered owner failing to nominate a driver, stating false name and address, possessing a drug of dependence, possessing a controlled weapon, breaching a bail condition, and committing an indictable offence while on bail.

Her three other mates are yet to come forward to police, with investigators uncertain who was driving the vehicle when the collision occurred.

Police have spoken to several witnesses but would still like to hear from anyone who has yet to come forward.

Anyone with information is urged to contact Crime Stoppers on 1800 333 000 or submit a confidential report at www.crimestoppersvic.com.au