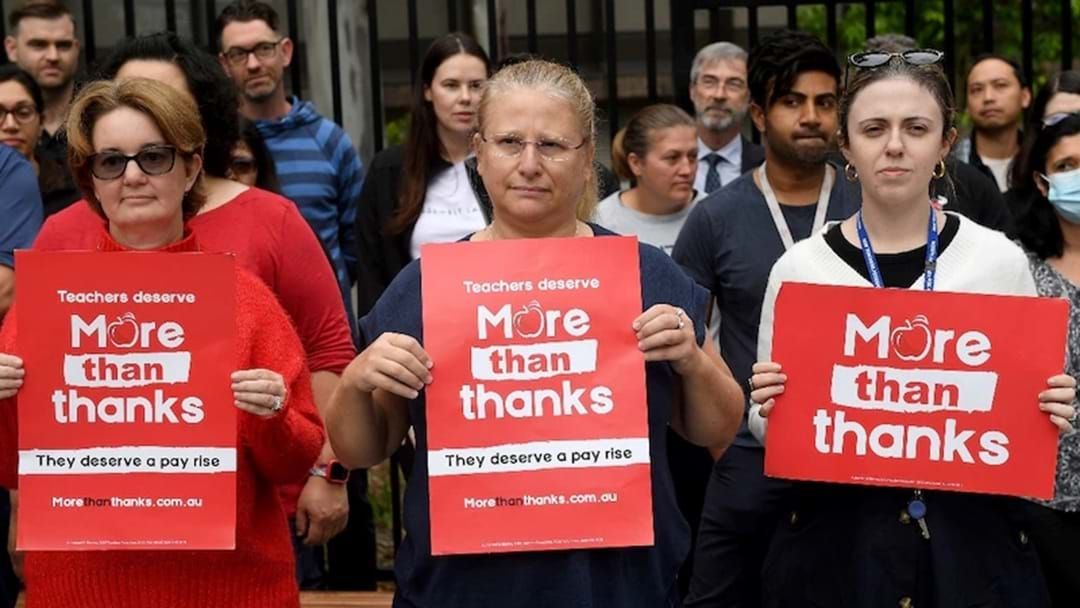 NSW Premier Dominic Perrottet has slammed the teacher’s federation over the decision to walk off the job next Wednesday amid the looming inconvenience.

Despite the Premier's urging to hold off, about 40 teachers walked out of a Sydney school moments before his arrival this morning.

Marking the first day of the new school term, Mr Perrottet visited the Meadowbank Education and Employment Precinct, in Sydney's north-west, on Wednesday to find teachers had staged an early walk-out.

No students were at the school with classes starting tomorrow.

It follows an authorisation issued to the state's public-school teachers by the union, to walk off school grounds if an NSW government MP enters them.

“Effective immediately, should Perrottet government MPS seek to enter our schools, members are authorised to walk out for as long as they remain on site,” their resolution said.

Following the strike announcement, the Premier admitted there is a teacher shortage in NSW but said its not the only industry affected and strikes and its not the way to go about it.

"We're going through those issues in a structured way to have a result that is fair and reasonable... and understands the position the state is in after a one-in-100-year pandemic," Mr Perrottet said.

"This disruption on this one day, pales in significance compared to the disruption every single day where hundreds upon hundreds of classes are disrupted because of teacher shortage," he told Australia Today's Steve Price.

"We have a teacher shortage, the government’s own data briefings reports, subsequent government reports late last year and early this year, all provide the evidence that shows that its uncompetitive salaries and crippling workloads that are acting as a disincentive in terms of attracting and retaining teachers"

Despite Mr Perrottet's announcement this morning that he was working through pay concerns with the teachers' union and the education minister, Mr Gavrielatos told Steve that he has heard nothing about a negotiating table.

Until the teacher’s union is invited to negotiations, members of the NSW Teachers Federation will walk off the job for 24-hours next Wednesday May 4, over better pay and work conditions.