“Reneging” on a handshake 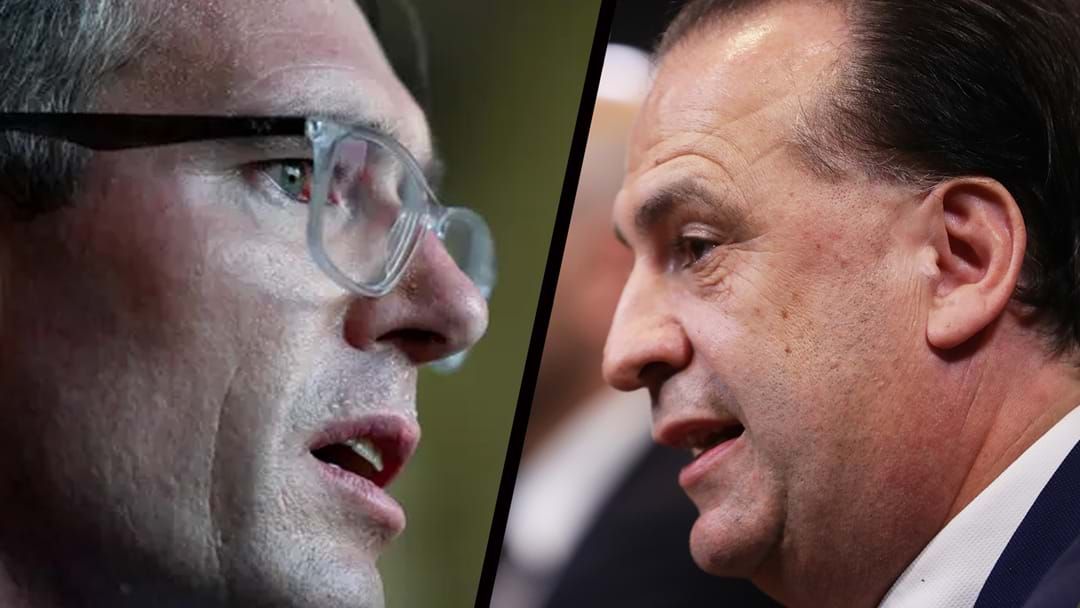 Rugby League boss Peter V’Landys has threatened to take the grand final off Sydney, saying the NSW Premier has failed to deliver a handshake agreement to revamp suburban stadiums.

Premier Dominic Perrottet has changed his priority from supporting the NRL stadium upgrades to assisting victims from the state’s recent flood crisis.

"Sydney will always be the home of rugby league," he said.

"The NSW government remains committed to upgrading suburban stadiums, however, following recent natural disasters and the COVID-19 pandemic, it is appropriate that further investment in stadia is staged.

"The government has just received the Floods Inquiry Report, which will likely require a significant cost to the taxpayer, and I note right now there are still 1,366 people without a home in NSW due to flooding.

"It should come as no surprise that my top priority is, therefore, supporting those devastated by the major floods across NSW."

V’Landys said Perrottet was using “human tragedy” to renege the agreement, adding the sport had been “strung along” by the State Government for three years.

"To use human tragedy to spin themselves out of it is unheralded in my eyes.”

He said that Perrottet promised in a meeting together in April this year to upgrade local grounds as part of a deal to keep the NRL Grand Final in Sydney until 2042.

However, less than two months out from the big dance, V’Landys has threatened to move the grand final interstate.

As part of the deal, Sydney Olympic Park’s Accor Stadium was to get an $800 million upgrade – however the deal was put off during the early stages of the COVID-19 pandemic, with a new $300 million stadium at Penrith announced.

"We shook hands. We looked each other in the eyes, and we did a deal," V'Landys told Nine radio this morning.

"He said, 'You don't need to have it in the budget, I can do it outside the budget'. And he reneged."

The NRL has also claimed it agreed on $250 million to be spent at other stadiums, including stadiums in Manly, Cronulla and Leichhardt, with V’Landys adamant they were community projects which would also help address childhood obesity.

However, Perrottet told him on Monday night the finances were no longer immediately available.