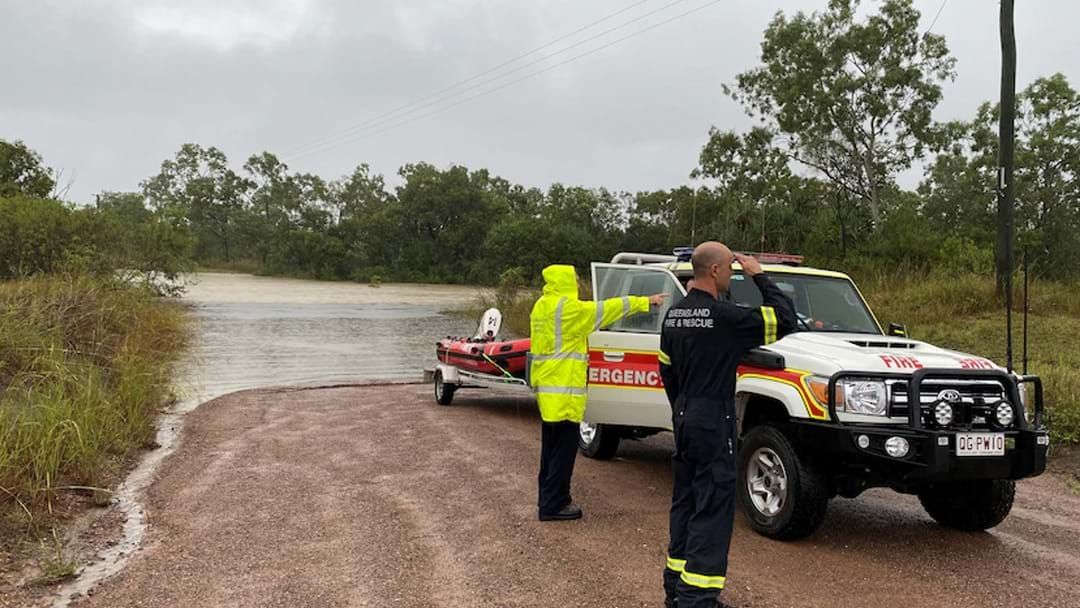 A 24 hour rainfall period in Townsville caused major floods to surrounding rivers, while two residents were rescued from floodwaters on Tuesday morning.

The Bureau of Meteorology said rain in North Queensland has hit its peak, but warnings remain for certain deluged areas.

Queensland Fire and Emergency Services Inspector Steven Knight said one person was saved from floods at Healy Creek, while another was rescued from a car nearby.

"Unfortunately the creek came up very quickly last night while the crews were here, the river had come up about a metre, a metre-and-a-half," Inspector Knight said.

"It was just too dangerous to do it in the dark hours again, so we thought we'd wait until daylight hours."

"Some of those totals fell in excess of 200mm in just a twelve-hour period earlier this morning," Queensland meteorologist Felim Hanniffy said.

In Stony Creek, a high of 314mm fell since Monday morning. While the BOM predicts weather to ease through the day, the downpour was bordering on catastrophic.

"This has been Townsville's heaviest April rain since 2014," Mr Hanniffy said.

The Bohle River copped the full force of a near-7-metre rise, with major flood warnings issued. At 8am, the river rose to 6.36m at Mount Bohle.