Nine People Injured In Major Car Pile Up On Motorway 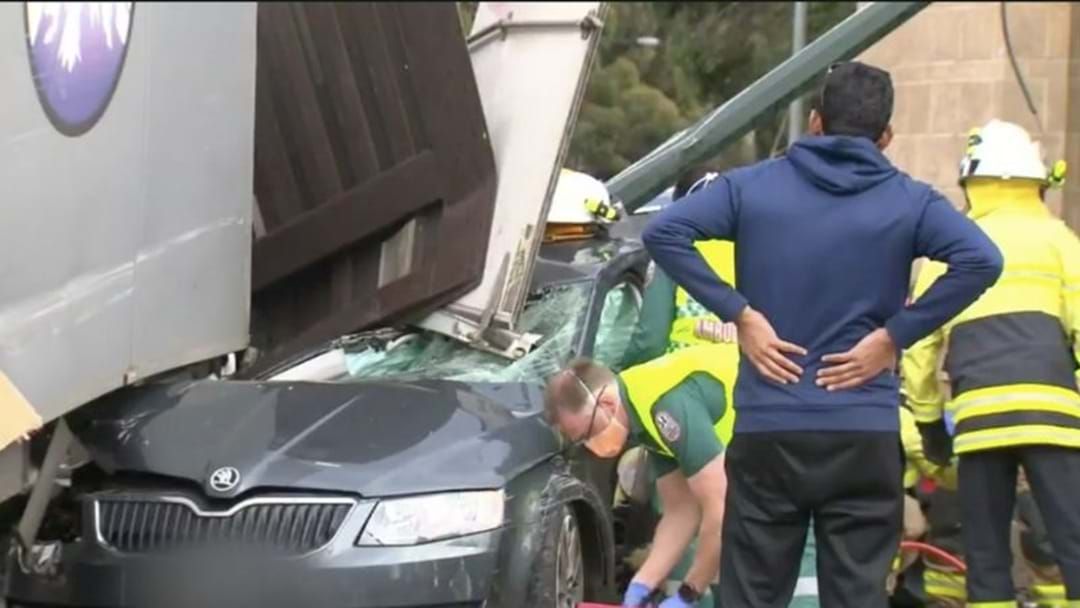 Nine people have been injured in a major pile up at a busy intersection on Adelaide’s South Eastern Freeway.

Seven cars, a bus and a truck were involved in a huge pile-up on Glen Osmond Road at around 3:45PM on Sunday afternoon.

According to police, a Mitsubishi truck towing a trailer was seen with smoke coming from the vehicle as it was driving toward the intersection.

Police say the truck then failed to stop as it entered the intersection, colliding with a stationary Hyundai SUV and bus.

The driver of the Mitsubishi was unable to stop the vehicle which continued to drive through the intersection smashing into another five vehicles before coming to a stop.

The cars then propelled forward, colliding with another two vehicles.

The 60-year-old Queensland driver of the Mitsubishi was transported to a nearby hospital with non-life-threatening injuries.

According to South Australia Police, major crash officers are currently investigating the collision.

"Nine people from the scene have been transported to various hospitals within Adelaide with non-life-threatening injuries,"police said.