Ned Ranks the Worst Celebrity Halloween Costumes of all Time

Honestly, What Were They Thinking? 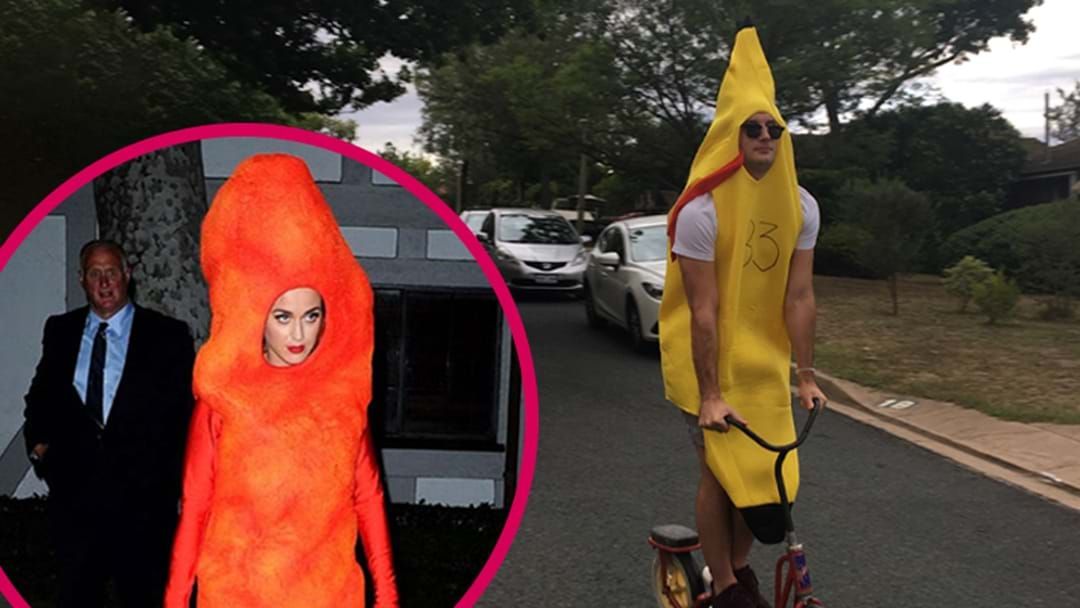 Celebrities often get judged too harshly, at least, I think. They are just regular people who have flaws and make mistakes just like us at the end of the day so I think they should be cut a bit of slack. With the one exception of Halloween and their costumes. Often with tens, if not hundreds, of thousands of dollars at their disposal, you would think that they would be able to pull off some amazing costumes and yet sometimes they manage to concoct some of the worst costumes I’ve ever seen.

So here are some spectacularly bad ones throughout the years:

I’ll give points for originality but my motto for costumes is this “If I painted my costume brown would I look like poo?” if the answer is every yes, then pick any other costume. Which is the exact conversation Katy Perry should’ve had with herself before she left the house like this.

You know your costume is bad when you cop so much negativity for it that you delete your entire Instagram account. That’s exactly what happened to rap superstar Travis Scott over the Halloween weekend with people criticizing the fact he went with a brown costume instead of the iconic black one, with some likening him to more of a cockroach than a bat.

Look, on paper, there is nothing wrong with dressing up as the twins from The Shining. It should be a perfect Halloween costume. Its from a scary movie, it’s very identifiable, it can be a cool couple costume. I just don’t know if it’s the right move for two fully grown bearded men to go for. Bruce Willis and his assistant did just this in 2019 and I’ve not been able to get the image out my head since.

4. Whatever This Costume Sacha Baron Cohen is Wearing

We’ve seen some questionable costumes, but at the end of the day these celebrities at least put in effort and you knew what they were. Sacha Baron Cohen, of Borat, Bruno and The Dictator fame, has made a career by playing unrecognisable characters in insane costumes so you would assume he would hit it out of the park at Halloween but instead, he can be seen here as a … monkey cow? A CowKey? A MonCow? I don’t know. I don’t think he knows. All that is known, is that this is a shocking costume

Taylor Swift is an incredibly talented musician but what she has in musical talent she lacks in costume design. In what looks like three costumes thrown together, she ends up looking like a white lion with wings and unicorn horn. But at the end of the day she looks happy so who cares what we all think.

In all fairness to these guys though, not all my costumes have been fantastic either, so I'll leave you with this