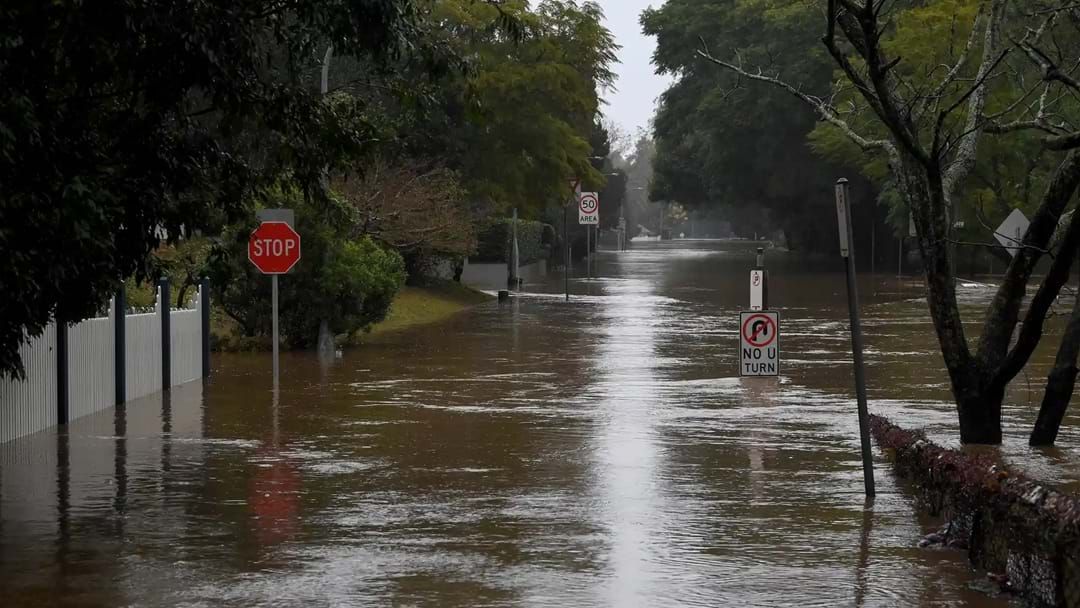 A natural disaster has been declared in 23 local government areas as heavy rain continues to batter Sydney and New South Wales.

Declared by the Federal Government, those impacted by the floods currently hitting the state will have access to emergency funding support.

The announcement was made in a joint statement between Minister for Emergency Management Murray Watt and Minister for Flood Recovery Steph Cooke.

“We have seen some of these impacted communities being hit by floods for a third and fourth time in 18 months, which is extremely distressing to the residents of these communities."

“The Australian and New South Wales governments have worked very cooperatively through the latest flood emergency to ensure defence and other resources were deployed early and fast.

“Similarly, we’re now working hard together to make sure that impacted communities get the financial and other assistance they need as soon as possible.”

Overnight, there were 5,300 requests for help made to the SES, 252 of those flood rescues – mainly residents stuck in cars or those needing to be relocated.

In some places across Greater Sydney, 200 millimetres of rain was recorded.

The SES has warned that the “risk is not going to dimmish today or tomorrow" as the Bureau of Meteorology issued a severe weather warning for today with rainfall of up to 65 millimetres and winds up to 90 kilometres per hour predicted.

State Emergency Service spokesperson Ashley Sullivan says conditions are dangerous and people should stay off the roads if possible.

"This risk is not going to diminish today or tomorrow, particularly on the Hawkesbury Nepean system," he said.

"The flood warnings will remain current there for most of this week and that threat will remain."

There are currently 97 evacuation orders and 60 warnings in place, impacting around 45,000 people in Sydney’s north-west and south-west.

Cooke said there are 400 people in evacuation centres with another 150 in emergency accommodation.

If your life is in immediate danger, call Triple Zero (000)

For the latest weather updates, visit the Bureau of Meteorology