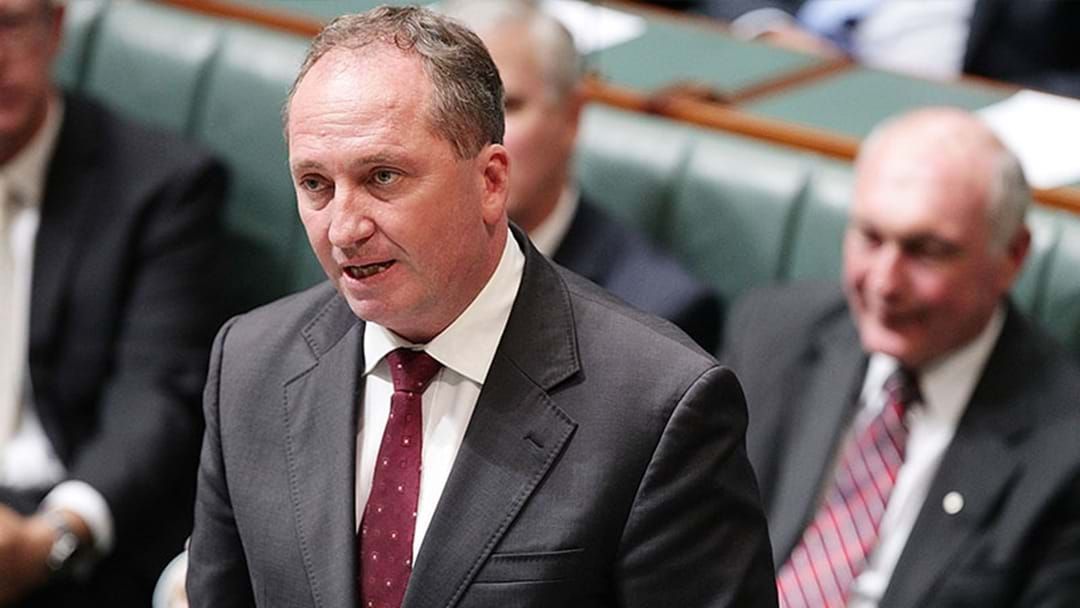 The Nationals leader is refusing to be pushed or rushed into making a decision on net-zero emissions.

National MPs will gather on Monday to discuss the Prime Minister’s push to reach net-zero emissions by 2050.

Barnaby Joyce said his party won’t be forced into making a decision before they weigh up all of the information.

“We will gather the information, make sure we’re looking after regional people, making sure that whatever decision we make, we are focused on their jobs, on the cost of living in their towns, on their future, because that is the responsibility that we have.”

He has said they will make their decision on behalf of what is right for regional Australian’s.

“Sometimes if you start getting time constraints you’ll get one answer if people are not completely comfortable, and I don’t think that’s the answer people want. In anything in life, if someone believes they are being forced into a corner, you know what they're are going to do, they’re going to say no.”

It comes after a lengthy party room conference failing to come to a position on climate policy as pressure builds on Scott Morrison to come up with a clear plan ahead of the Glasgow Climate summit.