Multiple Fatalities and Hundreds Injured After Stadium Collapses In Colombia 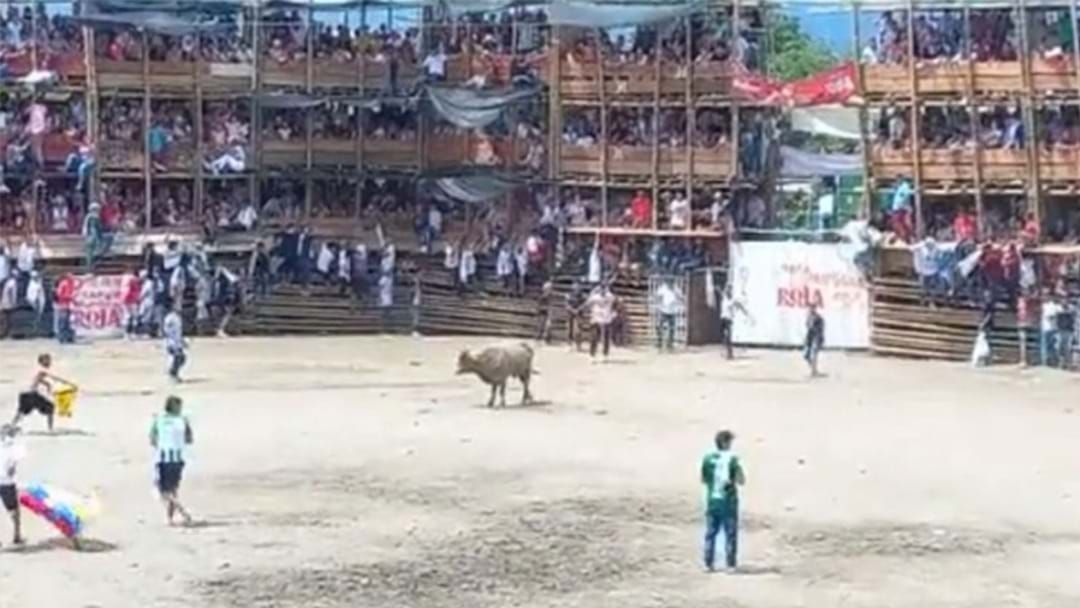 At least four people have died, and hundreds have been left injured after a stadium collapsed at a bullfight in Tolima, Colombia.

Tolima Governor Jose Ricardo Orozco said the fatalities included two women, one man and a child and feared the death toll would rise.

Videos show when a three-storey wooden structure filled with spectators collapsed during the traditional “collraleja” event, where the public enter the ring to engage with the bulls.

City council member Ivan Ferney Rojas released a statement requesting surrounding towns’ hospitals and ambulances to assist as the local hospital could not keep up with the amount of people needing treatment.

“We need help from neighbouring hospitals and ambulances,” the statement read.

“There’s still a lot of people who haven’t been treated.”

It is also reported one bull had escaped following the incident.

He urged local governments “to not authorize any more spectacles involving the deaths of people or animals.”