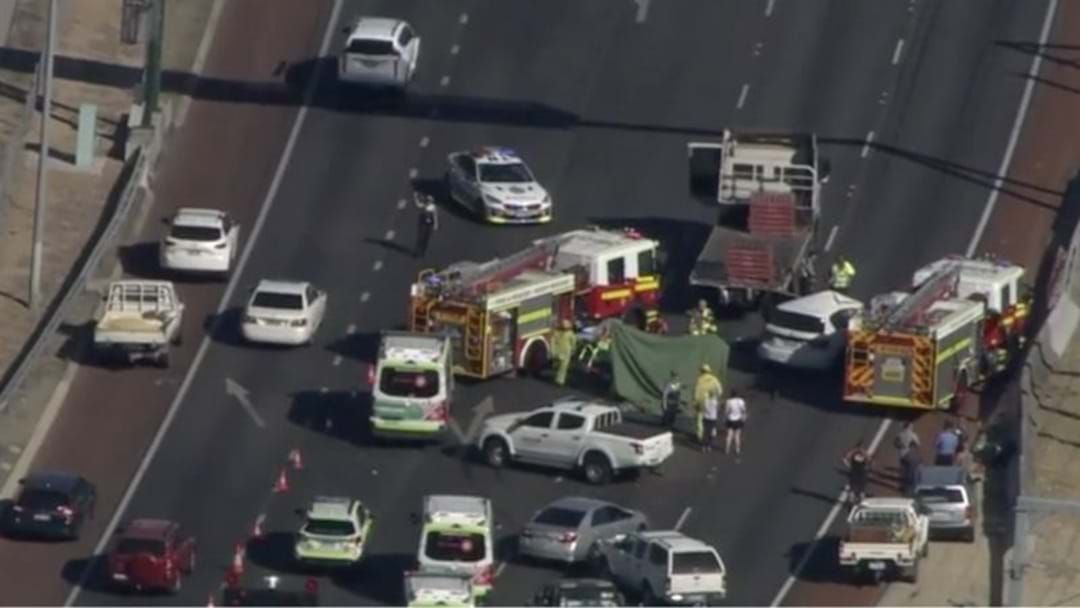 Major Crash investigators are looking into a peak-hour collision which claimed the lives of one person and seriously injured two others.

The collision is believed to have involved at least three vehicles on the southbound lane from Hutton Street.

On Tuesday evening two cars crashed into the back of a truck as it began slowing down to stop.

One of the victims needed to be cut from the wreckage.

One of the victims of the crash was urgently transported to Royal Perth Hospital in critical condition while two other victims were transported shortly after.

One of the victims has since passed away from their injuries while the other two victims were left fighting for their lives.

A female patient is still currently believed to be in critical condition while a male victim is now in stable condition.

The Mitchell Freeway was brought to a standstill for hours after the southbound lanes were closed following the collision which occurred at around 4PM.

The freeway was still closed to the public at 10PM as police continued their investigation.

Alternative routes were also exhausted as people attempted to avoid the kilometres of traffic.