Drugs were concealed in pillows 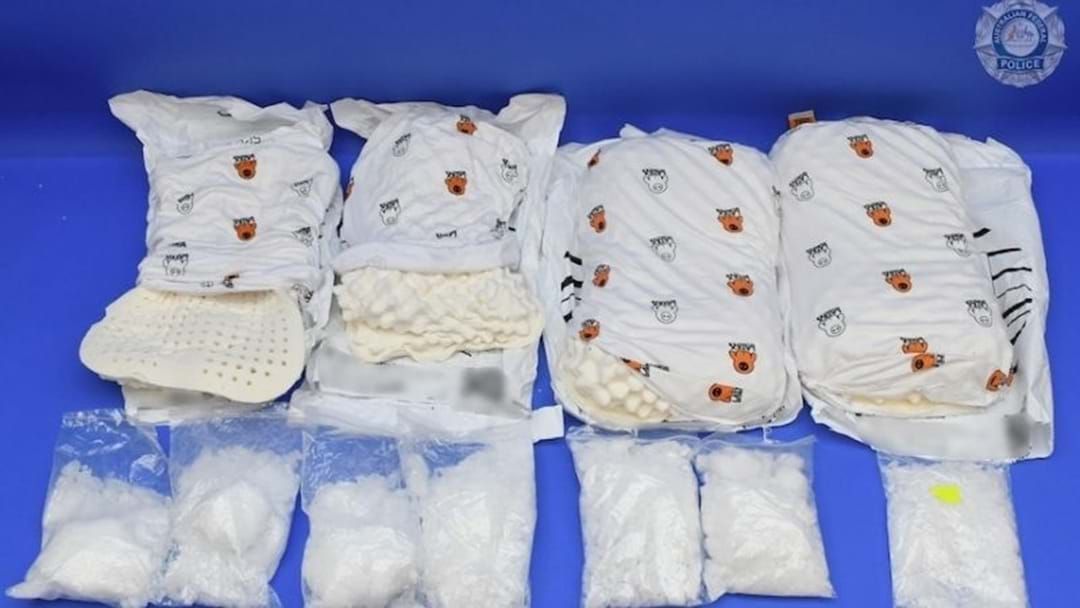 Three men have been charged over an alleged plot to smuggle nearly 100kg of methamphetamine into WA.

The three men have been accused of attempting to smuggle $100 million dollars’ worth of drugs into the state, hidden inside pillows in the lead up to New Year’s Eve.

A joint investigation by the Australian Federal Police and Australian Border Force lead to the arrest of the men on December 30.

The drugs were intercepted by police on December 17 inside of a shipment of latex pillows.

Approximately 99kg of methamphetamine was found tucked away inside a number of latex pillows.

Forensic teams removed the drugs from inside the pillows and replaced it with a drug-free, crystal-like material and placed the pillows back inside the shipment.

Police then surveyed two men as they dropped the packages off to a Maddington shipping container on December 29.

Three men allegedly returned the following day to collect the packages and were immediately pursued by police as they left the scene.

The three men attempted to outrun police but were eventually intercepted by police when the van struck a police vehicle.

All three suspects were immediately apprehended by police.

According to AFP Acting Assistant Commissioner John Tanti, drug syndicates are taking advantage of the limited drug supply due to Western Australia’s tough border restrictions and are jacking up their prices.

"Criminal syndicates are looking to exploit this demand and sell methamphetamine in WA to maximise their profits," he said.

"They do not care about the immense harm that this drug causes."

"We believe it is also no coincidence that the drugs had arrived in Perth just in time for New Year's Eve celebrations — one of the busiest nights of the year for drug- and alcohol-fuelled harm."

Police are still investigating the source of the shipment.

All three men are facing life behind bars after being charged with attempting to possess a commercial quality of unlawfully imported, border controlled drugs.