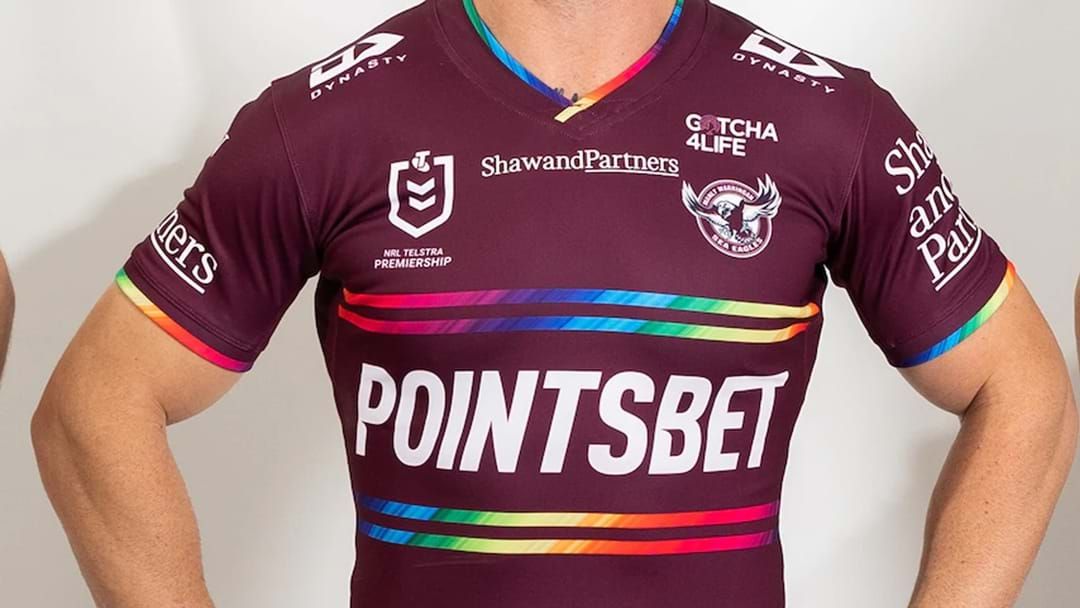 Manly Sea Eagles coach Des Hasler has apologised for the negativity brought upon by some of its players’ refusal to wear the NRL’s first pride jersey – saying the historic move was a time that should have been celebrated.

Hasler faced media today, alongside Manly’s captain, Daly Cherry-Evans, and said despite some players not wanting to wear the jersey for cultural and personal beliefs, the club will still wear it in its clash against the Sydney Roosters on Thursday night.

The Sea Eagles’ coach said the intent of adding the rainbow colours in place of the white stripes on its jersey was to show its solidarity with minority groups facing issues with inclusivity – however the execution of the decision was done poorly.

“Today to apologise for the significant mistake made by the Manly Sea Eagles Football Club."

“As you are aware the club yesterday launched a jersey for Women In League Round … the intent of the rainbow colour application of our jersey was to represent diversity and inclusion through utilising the symbolic colours of pride to embrace all groups who feel marginalised, face discrimination, and have a suppressed share of voice.

“Sadly, the execution of what was intended to be an extremely important initiative was poor.

“There was little consultation or collaboration with key stakeholders both inside and outside the club [and] sadly this poor management and project management has caused significant confusion discomfort and pain."

NRL boss Peter V’landys earlier said he respected the players decision to not play in the jersey but criticised the club for not telling the players before the announcement about the addition of the rainbow colours.

Hasler apologised to all stakeholders affected by the outcomes of the decision.

“We wish to apologise to the minority groups within the community who embrace the rainbow colours as a symbol of pride in who they are, what they stand for and their impassioned advocacy to enhance basic tolerance and acceptance within the diversity and inclusion space,” he said.

“We wish to apologise to the LGBTQ community who embrace the rainbow colours to use these colours for pride and advocacy and human right issues.

“We wish to apologise to the Australian Rugby League Commission, all the NRL, and the other 15 NRL clubs for creating negative news.

“We wish to apologise to our own playing group and staff for any confusion discomfort and pain that mistake we have made may have caused them… we accept your cultural beliefs and hope that you can accept our apology.”

It is understood Josh Aloiai, Tolu Koula, Haumole Olakau’atu, Jason Saab, Josh Schuster, Toafofoa Sipley and Christian Tuipulotu are the seven players that will not play on Thursday night – their withdrawal confirmed by Hasler in his press conference today.

Cherry-Evans said the club will continue to look after the players involved but looks forward to being one of the 17 players that will play in the pride jersey.

“The silver-lining is there are going to be 17 players out there celebrating inclusiveness and diversity, so I think hopefully we can start to shift our attention towards the good in this, the good intentions that we had.”