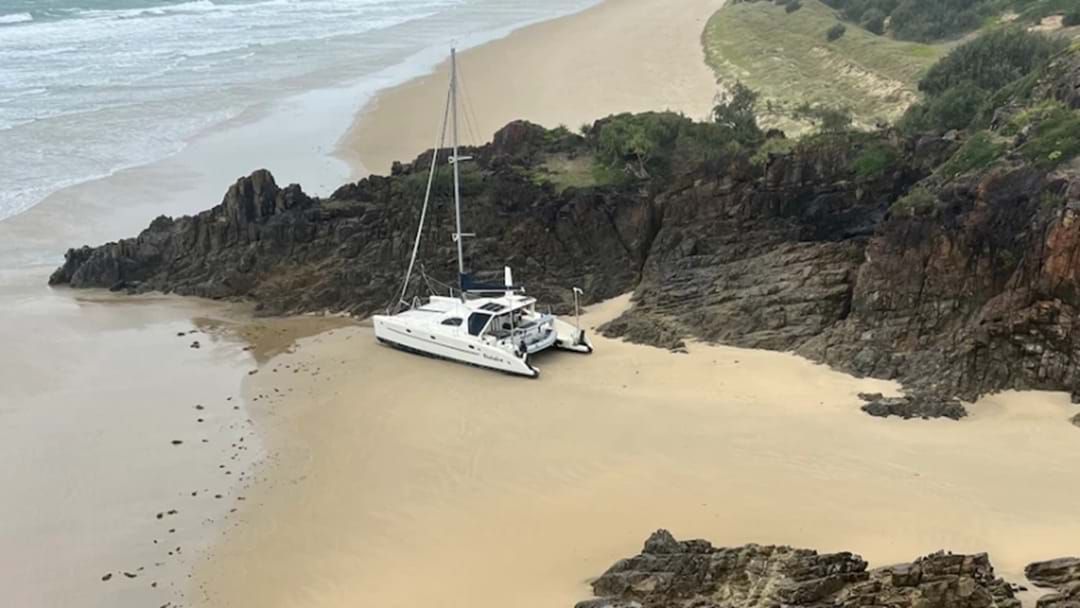 A man has been flown to safety, after falling into waters off the Capricorn Coast.

Aged in his 70s, the man who reportedly fell while his boat was eight kilometres offshore, swam nine hours to the shore near Stanage Bay where he found his catamaran.

Stranded on the beach at Freshwater Bay, north of Yeppoon on Tuesday morning, the man had to be rescued by RACQ CapRescue due to rough sea conditions.

Central Queensland coast guard squadron commodore James Fleming said the initial call out was to assist a 40-foot catamaran that had run aground.

"We arrive just after 8:30am … after speaking to the owner [we] found out the hull on the starboard side had a couple of holes punched through it from rocks," Mr Fleming told ABC News.

Unable to get close to the man, due to the rough seas, Mr Fleming said the team remained at the scene to support the man.

"Just to talk to him and let him know what was going on, to make sure he was settled," Mr Fleming said.

After the nine-hour ordeal, the man radioed for help overnight, but it wasn't until 5am that rescue crews were able to set out.

"The call would've come in at about 10 o'clock the night before … but there was nothing we could do at that point,"