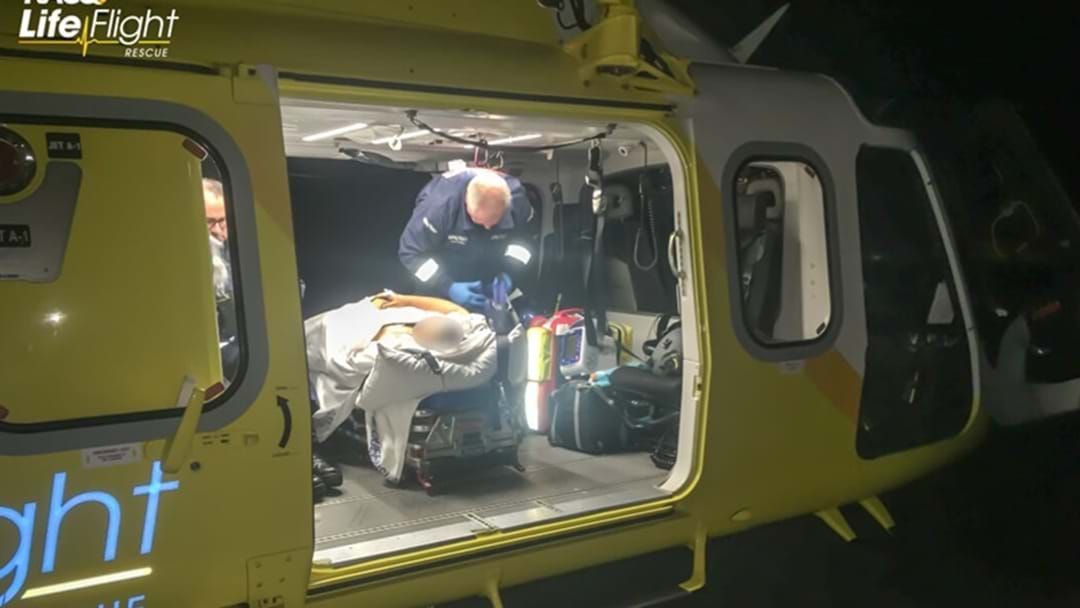 LifeFlight's Toowoomba-based Surat Gas Aeromedical Service (SGAS) helicopter has airlifted a seriously injured man to hospital, after he was reportedly trampled by a 500 kilogram animal on Tuesday night.

The rescue helicopter was called to the Western Downs region just after 6:30pm. It's believed the man was on a private property when the animal trampled him.

Queensland Ambulance Service (QAS) paramedics on the scene, initially treated the patient for significant abdominal injuries, before he was taken to a nearby hospital, to meet LifeFlight'sToowoomba-based SGAS helicopter.

He was then flown to Toowoomba Hospital in a serious but stable condition, under the care of LifeFlight's Critical Care Doctor and Flight Paramedic.