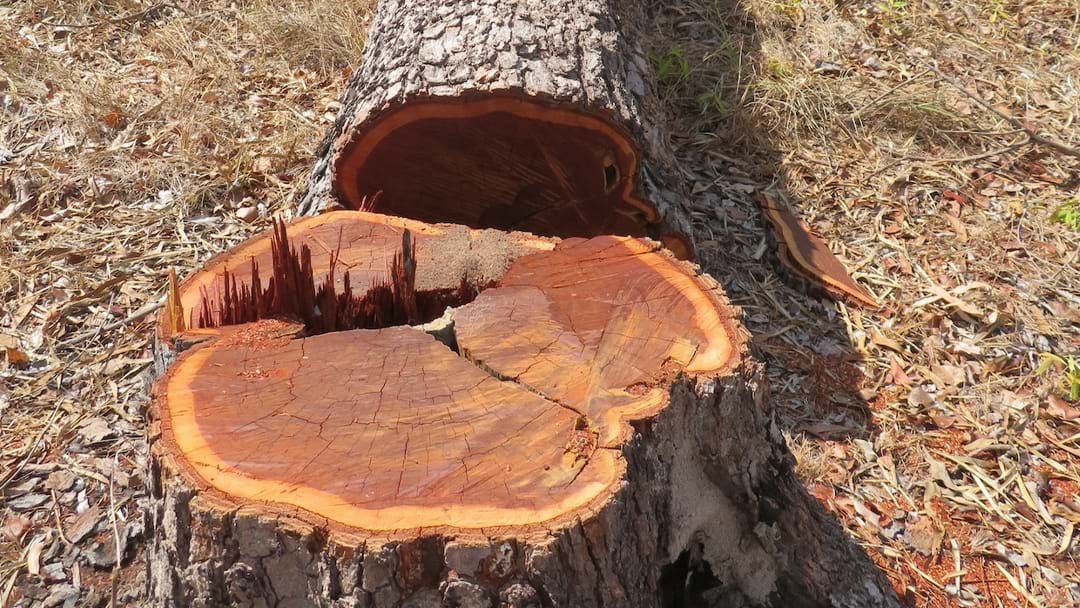 A man has fined for cutting down a 466-year-old tree in the Rinyirru National Park, in the latest case of felling near Cape York.

Authorities are asking residents to dob in people seen damaging the national park, after a man was fined $15,000 for cutting the woody plant.

The Queensland man chopped away at many trees in far north Queensland's Cape York Peninsula between September and October last year.

The unknown timber cutter was caught by a local, with authorities being notified over the felling of 113 old-growth trees.

Experts analysed data of the felled trees, using measurements of growth rates to uncover more than half the trees had taken 250 years to grow, with one needing a whopping 466 years to fully grow.

The man was charged with taking a natural resource of a protected area without authority, falling under the Nature Conservation Act 1992.

The Queensland Department of Environment and Science have identified key compliance issues to best avoid future acts of felling in our national parks.