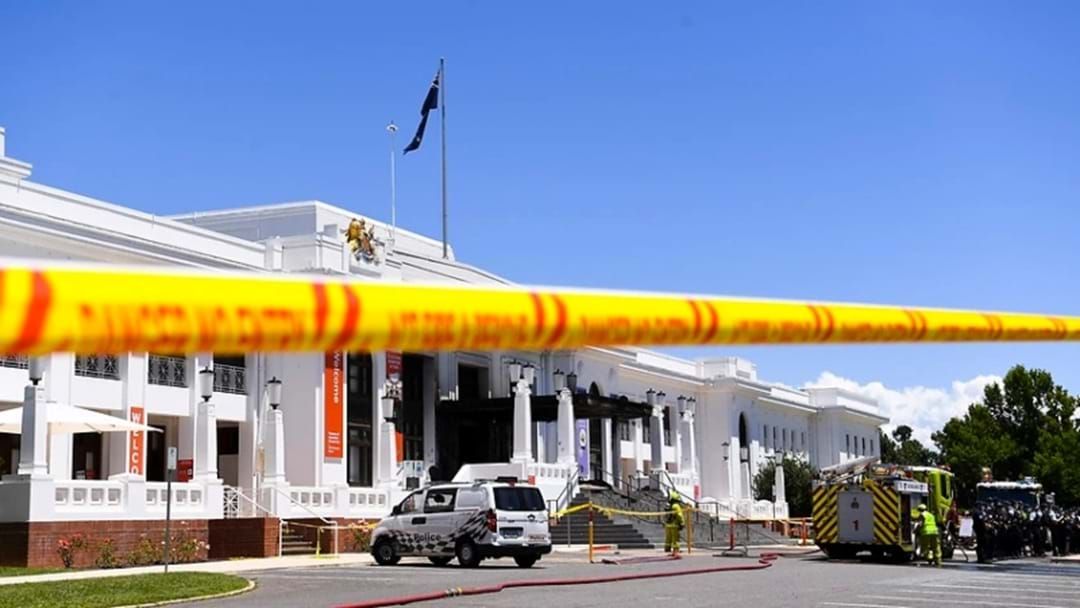 A 30-year-old man has been charged with arson following a fire at Canberra's Old Parliament House, during a protest linked to “sovereign citizen” and anti-vaccination.

Police allege the Victorian man deliberately lit the fire on December 3, damaging the century-old entrance doors and portico of the historic building.

Detectives made the arrest about 8:20pm on Sunday in Parkes, charging the 30-year-old with arson and damaging Commonwealth property.

He is expected to face ACT Magistrates Court on Tuesday.

Meanwhile, police also made three other arrests on Saturday.

The trio appeared in the ACT Magistrates Court on Sunday.

Protesters, including well-known “freedom movement” influencers who oppose vaccine mandates and lockdowns, along with people who claim to be “sovereign citizens”, have occupied the Old Parliament House steps since mid-December.

The protestors had been granted permission to hold “smoking ceremonies” in the car park, but not on the steps or by the doors.

Since the fire, the Aboriginal Tent Embassy and traditional Ngambri-Ngunnawal owners from the Canberra region have denounced the actions of the protestors, saying the smoking ceremonies were done without their knowledge or consent.

Old Parliament House, which houses the Museum of Australian Democracy is expected to be closed for weeks while the clean-up and restorations are completed.