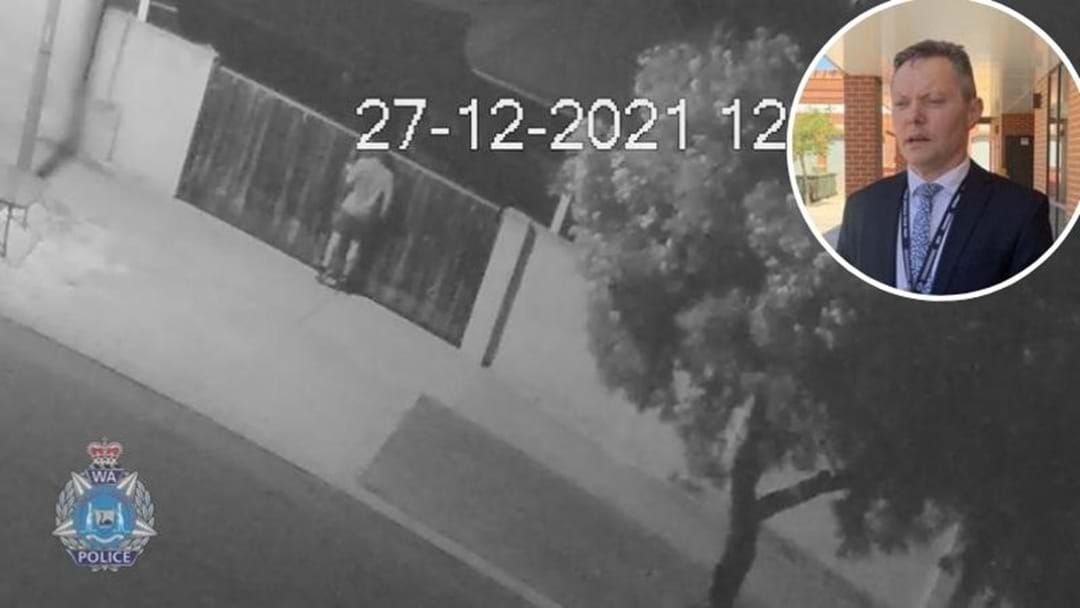 A man has been arrested in relation to the alleged sexual assault of a seven-year-old girl in Ellenbrook on Boxing Day.

The arrest comes after footage of a man climbing a fence near the young girl’s home was released to the public.

Police are yet to confirm whether the man in the CCTV footage is also the man who has been arrested over the alleged incident.

Detective Inspector Hamish McKenzie revealed that they were searching for the man in the CCTV footage to “implicate or eliminate” him from the investigation.

Prior to the footage being released, police announced they were investigating how the intruder accessed the Ellenbrook property and whether this was done by climbing the fence of a neighbouring property.

The forensic team have now centred much of their focus on the fence bordering the seven-year-old’s property.

Police are also looking into whether the young girl was the target of the break in or whether the initial motive was burglary.

More breakthroughs were made during the week after the fly screen taken from the property was recovered during the search of a nearby area.

The young girl was put to bed by her parents at around 8PM on Boxing Day evening but woke at some point during the night to find a man in her bedroom.

The man is believed to have removed fly screen and broken in through a window in another area of the house before finding the young girl’s room.

The parents of the child only learnt of the assault at around 9AM when the young girl woke up and revealed what had happened.