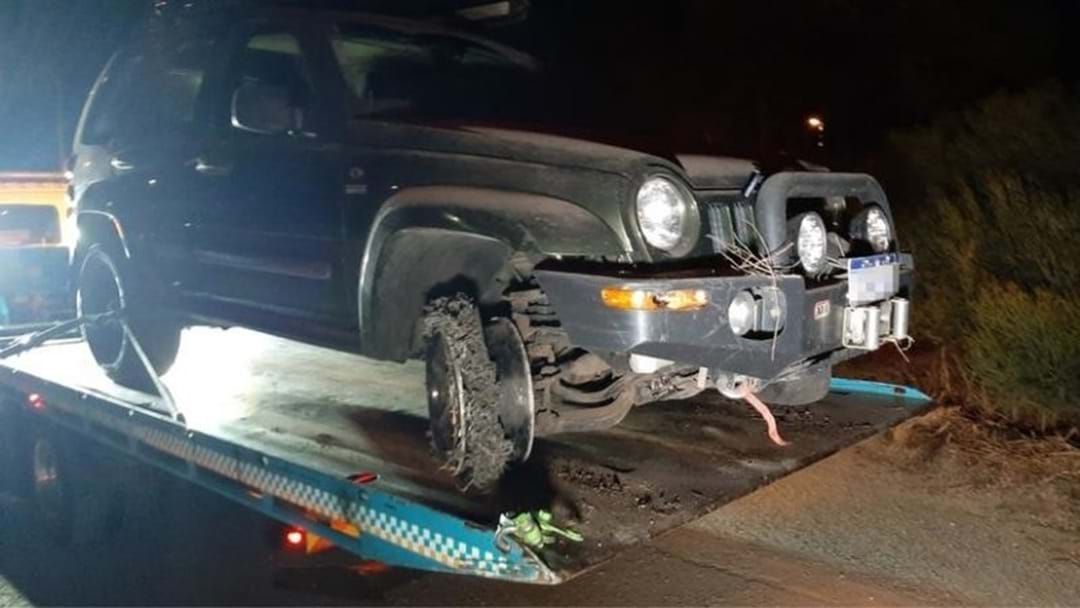 A man from Thornlie is set to face court today after he allegedly led police on a high-speed chase across Perth’s eastern suburbs.

Just after 5:30PM on Tuesday, police allege a Jeep Cherokee refused to pull over after being asked to stop by police in Belmont.

The Police Air Wing was then deployed along with a tactical response crew, who were forced to give up pursuing the 26-year-old driver due to the Jeep Cherokee’s hazardous driving.

The helicopter managed to tail the vehicle as it was driven through a number of Perth suburbs.

As the vehicle drove near the Perth Airport at around 6PM, police deployed a tyre deflation device on Airport Drive in Redcliffe.

The driver refused to pull over and continued driving on flat tyres on Tonkin Highway before veering off and crashing into nearby bushes.

The man then exited the vehicle and allegedly fled the scene on foot.

Police brought in a team of police dogs who managed to track the man back to a Flemington Way address.

Police found the man in the backyard of the property and placed him under arrest.

The man is set to face Perth Magistrates Court today on charges of reckless driving to escape pursuit, no authority to drive, steal motor vehicle and fail to stop.