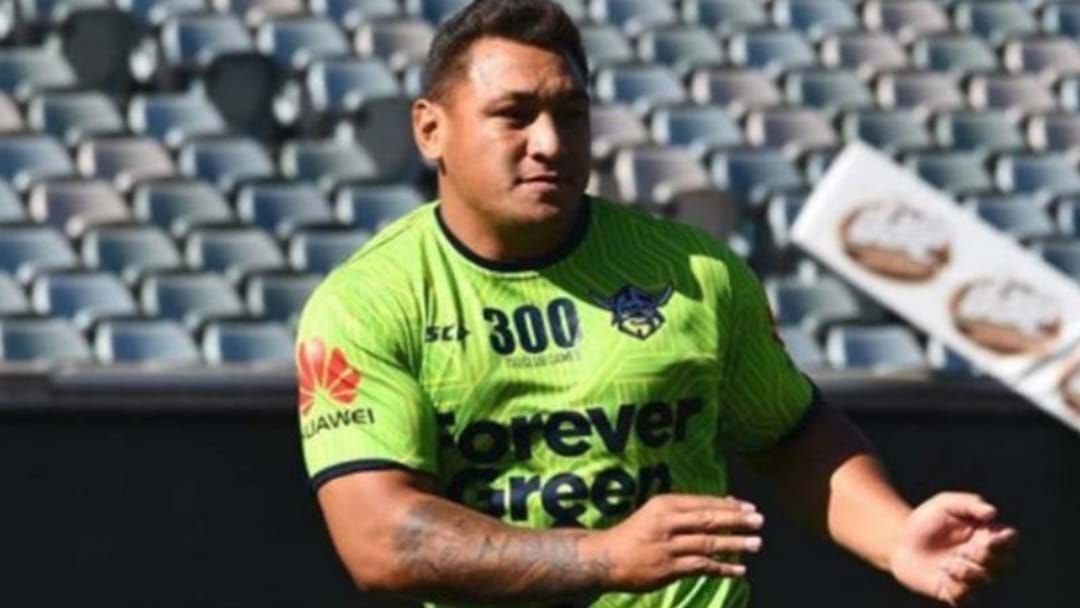 Messages of congratulations have been pouring in on social media for Josh Papalii, who’s taken out the Mal Meninga medal for the second time!

The Raiders star proudly accepted the accolade at the green machine’s awards presentation at the AIS.

Papalii finished with 25 votes ahead of Joe Tapine and Elliot Whitehead.

It’s Papalii’s second Meninga Medal, after he was named joint winner with Josh Hodgson in 2016.

It was a slow start to the season for the Raiders star, who was dropped back to reserve grade earlier on.

But he made his way back into the side, ahead of a string of impressive performances, which led to his Origin selection and club re-signing.

Papalii did admit, getting dropped back to reserve grade was the right call though, as it helped him re-discover his spark.

Earlier in the night, Nick Cotric picked up the Coaches Award, Michael Oldfield took out Clubman of the Year and young-gun Emre Guler was named Rookie of the Year.

Joe Tapine received the Career and Education Award and Jack Murchie was named the Junior Representative Player of the Year.