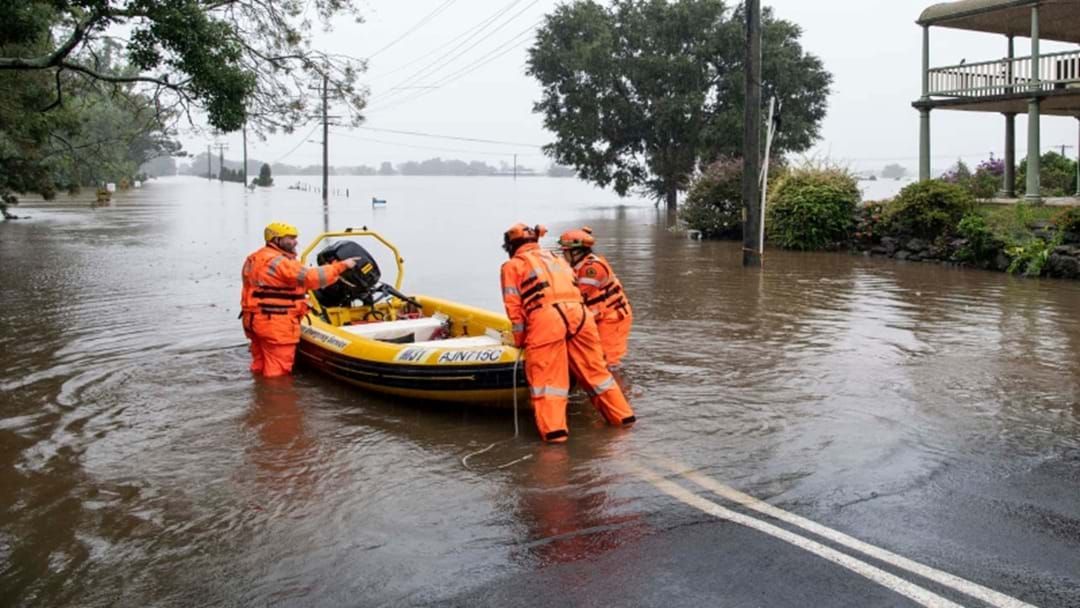 A major flood event is occurring at North Richmond along the Nepean River on the outskirts of north-western Sydney with the Bureau of Meteorology warning river levels are expected to rise to those seen in March 2022.

The Warragamba dam which began to overflow about 2am last night is continuing to rise at a rate last seen during the floods earlier this year.

Moderate flooding is predicted on Sunday along the Nepean River in Penrith, while moderate to major floods are expected to flow for the Hawkesbury River at Windsor.

“Further downstream spills from Warragamba Dam combined with flow contribution from the Upper Nepean are likely to cause major flooding at North Richmond and Windsor with levels similar to March 2022 possible,” the NSW Bureau of Meteorology (BOM) said shortly before midday.

Meanwhile, residents from Newcastle to Batemans Bay have been warned prepare for “life threatening conditions” as severe weather warnings have been issued for Metropolitan, Illawarra and parts of Hunter, Central Tablelands and Southern Tableland.

“Moderate to heavy rain should continue in parts of the central east throughout Sunday, and may continue through Monday as well if the low approaches the coast,” BOM said.

“Heavy rainfall which may lead to flash flooding is forecast to continue in the Illawarra and Sydney Metropolitan districts this morning, before the focus of the heaviest rain moves into the Hunter district through Sunday afternoon.

“The heaviest rain will remain over the Hunter during Monday, and also extend back over the Sydney Metropolitan and Illawarra districts Monday as the East Coast Low approaches the Hunter coast,” BOM warned.