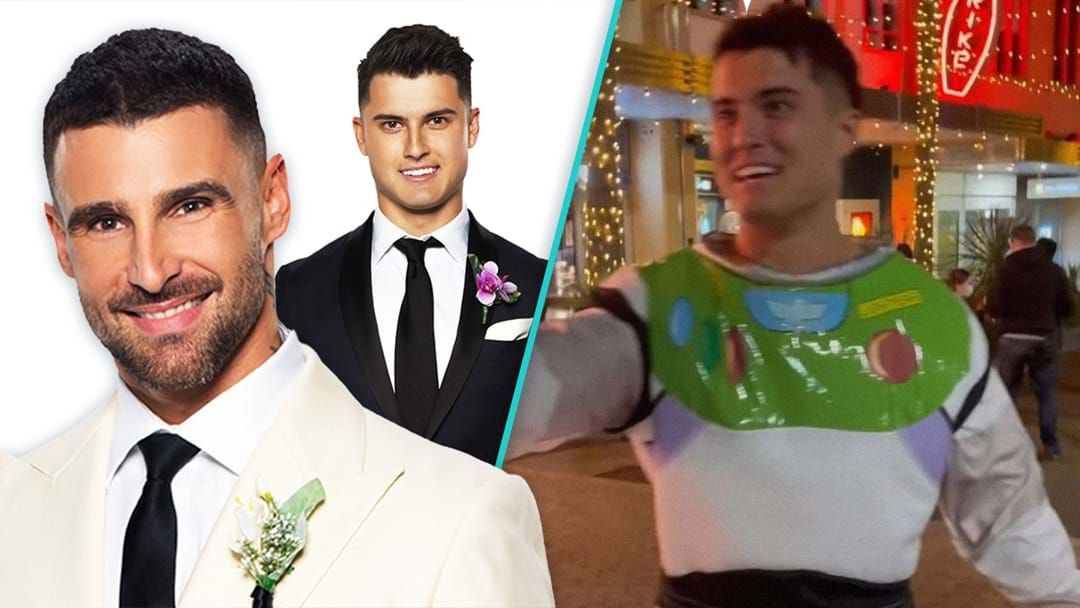 Even with MAFS being well and truly over, the drama has kept on rolling in: from Daniel’s planned fight with Brent, to the whole-ass scandal with Olivia and Jackson, the show really has been the gift that’s kept on giving!

While most of the post-season goss we’ve heard has been somewhat scandalous, we’ve just come across an exceedingly wholesome prank between three of our favourite contestants.

It appears Brent and Salina have roped Al into a good, old-fashioned ribbing, having convinced the Toy Story-loving groom that the trio were going to see a costumes-only premiere of the new Buzz Lightyear movie.

The twist? Al was the only one in costume.

This is what people should mean when they say ‘boys will be boys’!