National NewsLower Back Tattoos Are The Most Commonly Regretted Women's Tattoo, Study Finds

Lower Back Tattoos Are The Most Commonly Regretted Women's Tattoo, Study Finds

Your mum was right 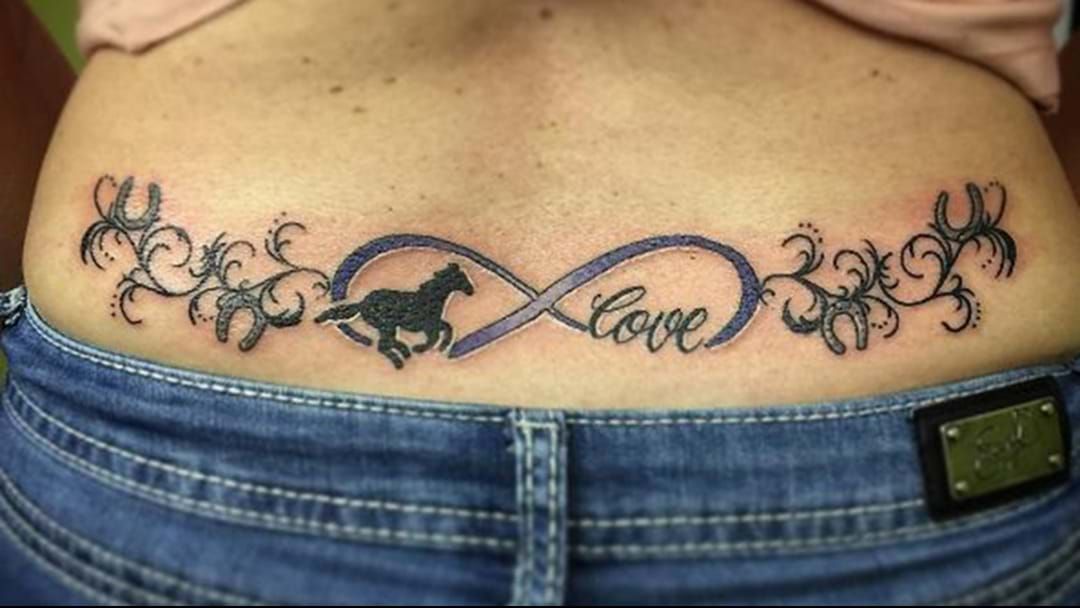 More women than men feel judged because they have a tattoo, according to a new survey.

Research carried out by the University of Portsmouth found an estimated 18 per cent of the population aged over 18 have body art, with many saying they later regretted their decision.

In a survey of 1000 people in the UK who regretted having tattoos, 67 per cent felt the need to cover them up - although 8 per cent more men than women have never concealed them.

A university spokesman said: "A sad aspect found by the survey was that 15.64 per cent of women felt judged by their tattoo, compared to just 9.54 per cent of men.

"Other people believe it can have a negative impact on their job prospects if they display their tattoos."

Researcher Dr Stephen Crabbe said: "The results of this survey make for stark reading. Even today, society still seems to judge women more for having tattoos.

"People may also just assume that people were young, naive, or victims of their own poor judgement if they regret having a tattoo. This survey actually shows us a more complex picture.

"There are countless reasons why people get tattoos, but there are an equal number of reasons why they get them removed. Frequently, these reasons are not necessarily associated.

"Despite living in a more tolerant society than ever before, where equal rights are correctly pushed across all groups, tattoos remain a subject that sees prejudice cast unfairly."

Almost a third of men and a quarter of women regretted getting a tattoo of a person's name, with other major regrets for men being a tribal theme and Asian characters while for women star constellations were also a source of regret.

Women were most likely to be fed up with their tattoo because they had become bored of it and also because the colour had faded, with other reasons including the artistry being poor and because it no longer had the same value for them.